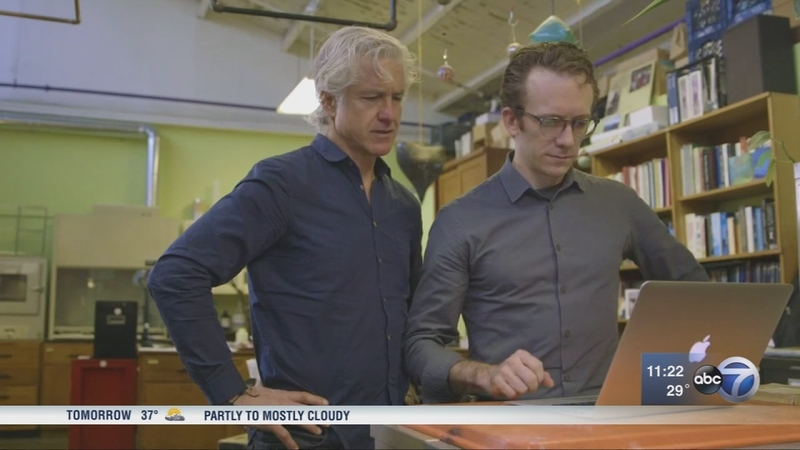 Don McPherson, Ph.D., the Chief Science Officer at EnChroma, is working to develop prescription lenses and contact lenses as an optical aid for the colorblind.

One day during an ultimate Frisbee game, a friend put on glasses McPherson was using to protect his eyes when performing laser eye surgery on patients, and realized he could see the orange cones for the very first time.

Barbara Lann cried the first time she put on her EnChroma glasses.

"It was amazing from the minute I put them on," Lann said. "I didn't realize that it wasn't just greens that I was not seeing, it was also blues, browns, reds."

"Our filter comes in and moves it back to normal position," McPherson said. "Now you're sending the correct information to the brain and those neuromechanisms, which have been dormant their entire life, are suddenly activated."

"In the world, there's an estimated 200 to 300 million that have colorblindness," Schmeder said. "Right now, we've been able to help tens of thousands of those. It's such a tiny, tiny percentage."