WLS
By Michelle Gallardo
CHICAGO (WLS) -- Two Columbia College students were the victims of a fifth violent robbery in or near Grant Park in the past two weeks.

The students, ages 18 and 19, were at the skate park near East Roosevelt Road and South Michigan Avenue in Chicago's South Loop around 12:20 a.m. when they were approached by three males, police said.

At least one of the suspects implied he had a weapon, police said. The thieves allegedly took the students' cell phones and ran. The students were not hurt.

Four other robberies have occurred in the area since Nov. 8:

A 22-year-old man walking near Grant Park on Nov. 20 was beaten and robbed by a group of at least four males.

Police issued a community alert that said the suspects are described as black males and females, thought to be between 15 and 20 years old, standing about 5-foot-7 and weighing about 130 pounds, police said. The suspects were wearing black bandanas, green hooded sweatshirts and baseball caps.

Roosevelt University issued a warning to their students after the violent robbery on Nov. 12, which occurred near campus. A 16-year-old girl was charged in connection with that incident.

Anyone with information on the robberies is asked to contact Area Central detectives at (312) 747-8384.
Report a correction or typo
Related topics:
chicagosouth looprobbery
Copyright © 2020 WLS-TV. All Rights Reserved.
RELATED 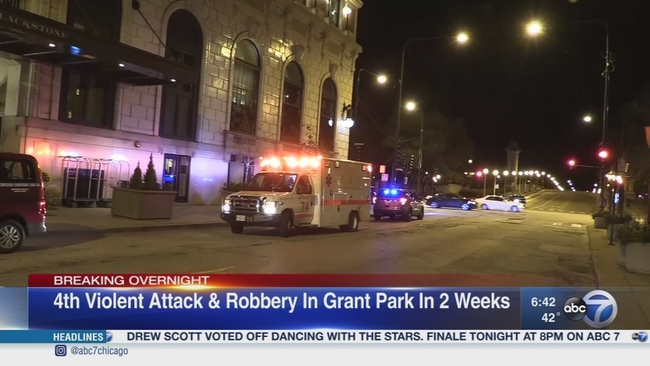 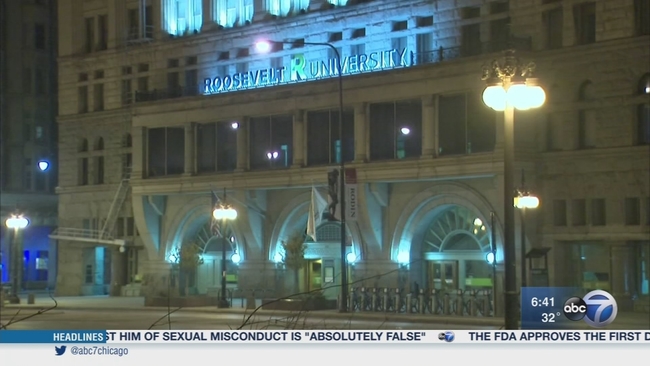