WLS
By John Garcia
CHICAGO (WLS) -- This year's Chicago Marathon will be a marathon milestone for one runner. He has run in marathons all over the world, but this Sunday will mark his 100th trek.

Over the years Brendan Cournane has run thousands of miles on the lakefront running path while training for various marathons.

Cournane is one of only a few hundred people to run a marathon on all seven continents, including one in China where part of the course was on the Great wall, and Africa. He has even done a marathon in Antarctica, where he had to run twice after hypothermia forced him to drop out the first time.

On top of it all, he's also run marathons in all 50 states.

Cournane's list of marathon achievements is long, but he said Chicago remains his favorite place to run.

He said he wasn't a runner in high school or college, and was in his 40's when he started to get serious about marathon running.

"My very first marathon I swore I'd never do it again," said Cournane, who is just a month out from his 66th birthday.

Once he got over that first undertaking he decided to coach other runners, both in person and virtually.

"It's having fun. It's working with others, seeing the benefit I can make in other people's lives," Cournane said.

Cournane said he's got a lot more time for running since retiring from practicing law last year, but has no plans to retire from running anytime soon.

"I don't know if I'll run another marathon but there are still races I want to run," he said.
Report a correction or typo
Related topics:
community & eventshealthfitnessrunningmarathon mileschicago marathon
Copyright © 2021 WLS-TV. All Rights Reserved.
CHICAGO MARATHON 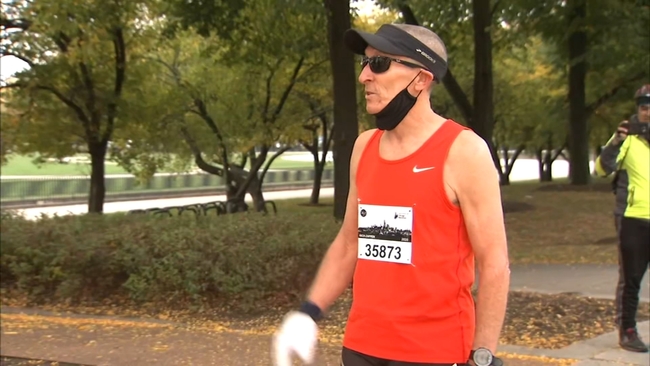 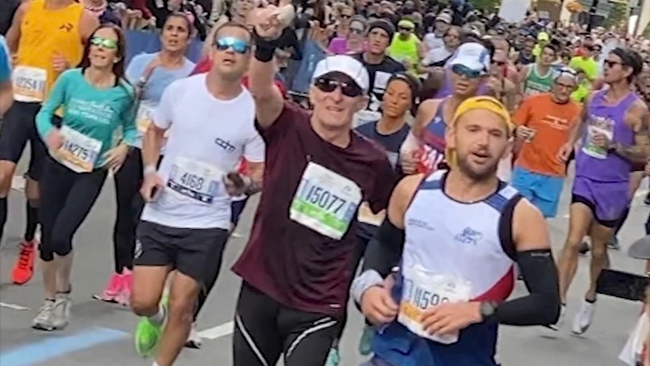