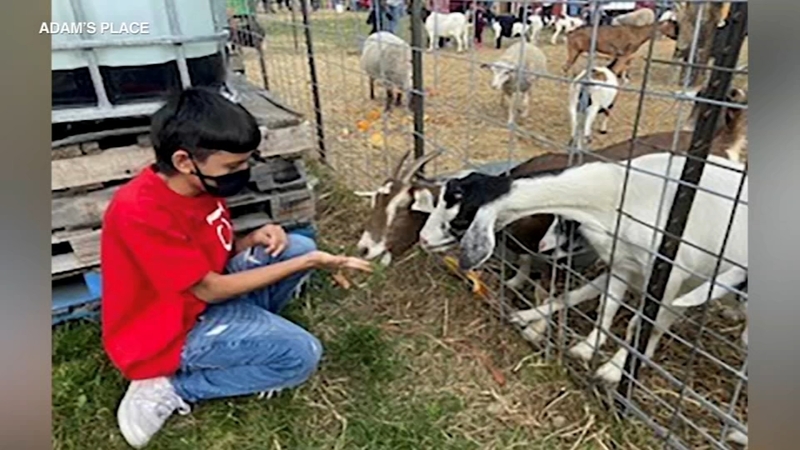 CHICAGO (WLS) -- The family of Adam Toledo has announced plans to create a new non-profit group designed to help at-risk young people in the Chicago area.

A mural dedicated to Adam Toledo, the 13-year-old shot and killed in March, is now on display in Little Village.

"He was a little kid. He made one mistake," said Esmeralda Toledo, his sister.

On what would have been Adam's 14th birthday, his family unveiled their plans for Adam's Place. The rural home for at-risk youth that will eventually be set on a 20-acre plot of land nearly 200 miles north of Chicago in Grant County, Wisconsin. It's the kind of place that will keep others like Adam from making those same mistakes.

"What I really want is to have Adam back. And I can't do that. But we can try help other families protect their sons from the temptations that took Adam onto the street that night," family attorney Adeena Weiss Ortiz said, reading a statement from Toledo's mother, Elizabeth Toledo.

Preferring to let her attorney read her statement, Elizabeth Toledo described her son's love for animals, which is where the idea for Adam's Place was born. The goal is to start with a class of eight inner city youth drawn from Chicago's Little Village.

His family made the announcement in front of a new mural honoring their son Wednesday afternoon. The non-profit has created a website at www.adams-place.org.