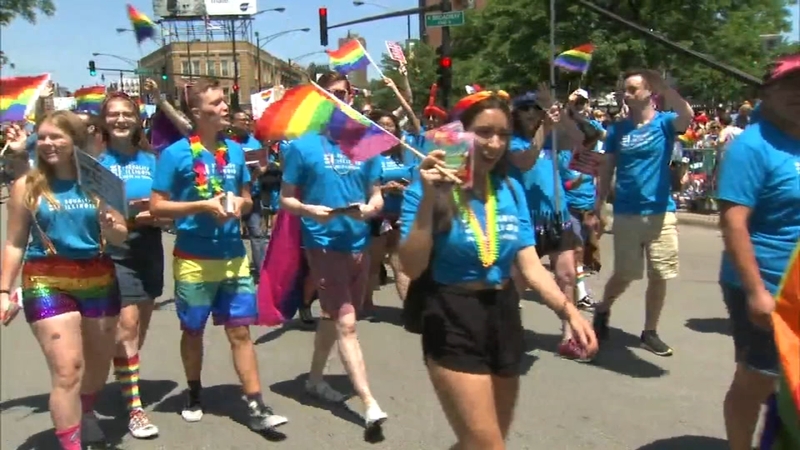 CHICAGO (WLS) -- As many as one million people are expected to show up, ready to celebrate the LGBTQ community on Sunday at Chicago's annual Pride Parade.

"Chicago knows how to put on a show, and why not come out and celebrate and just be you?" said Jeffrey Powelo, who's going to the parade.

There were dozens of events around town celebrating Pride Month on the eve of one of the city's premier parades. Grant Park was host to the all new Pride in the Park, which featured local vendors along with top performers like songstress Taylor Dayne. Wills Love drove down from Milwaukee to attend.

"This year has been all about being inclusive and finding a place to fit in and just really owning up to who you are and who identify," he said.

Monique Gardener, a native of Columbia, Missouri, said the parade is a chance to belong.

"I love it. Everywhere we go, everywhere we turn, it's rainbow pride. It's my favorite color," she said.

Mayor Lori Lightfoot stopped by the Proud to Run Chicago 5K, 10K and half marathon, now in its 38th year.

"Not just the Midwest, not just the suburbs but people come from all over the country to be here to celebrate and have a moment to live their full authentic lives," she said.