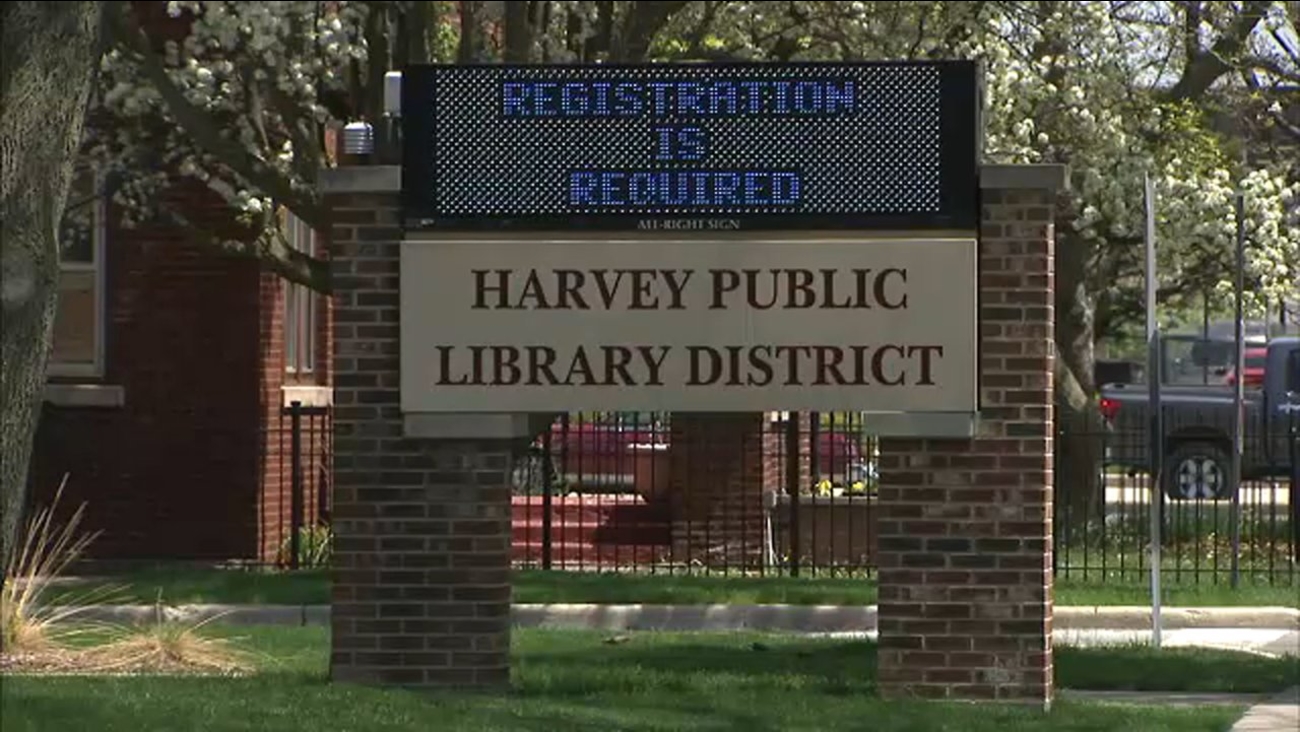 HARVEY, Ill. (WLS) -- The Harvey Public Library is reducing its hours of operation and cutting the salaries of all employees, including the library director, by 34 percent. The cuts come as the board of trustees searches for ways to keep the facility from shutting down entirely. The reductions were approved Thursday night.

The library is a much-needed resource for many in the community. With no internet access at home, customer service job hunter Jasmine Steward said coming to the Harvey Public Library District is almost a daily routine.

"Of course it would take a toll. I won't be able to check emails or apply cause everything is online now," said Jasmine Stewart.

But all that could change for the south suburban resident and others like her who use the library if it closes because it can no longer pay its bills.

Library Director Sandra Flowers said she may have to lay off or cut the pay of two-thirds of her staff and reduce the library's hours from 52 hours a week to just 32 hours after the facilities fund balance which was more than a million dollars just three years ago, is now roughly just over $100,000.

"I have enough money to float us along as far as payroll and take care of some 'light' bills," said Flowers.

Price said taxes are at an all-time low of 58-percent after city data shows library property tax revenues dropped from roughly $2 million to $1 million in a single year.

Library Trustee Mauzkie Ervin says the declining property tax revenue is a significant challenge, but adds he warned against expanding the library back in 2014. Ervin says the expansion was a mistake Harvey couldn't afford then or now.