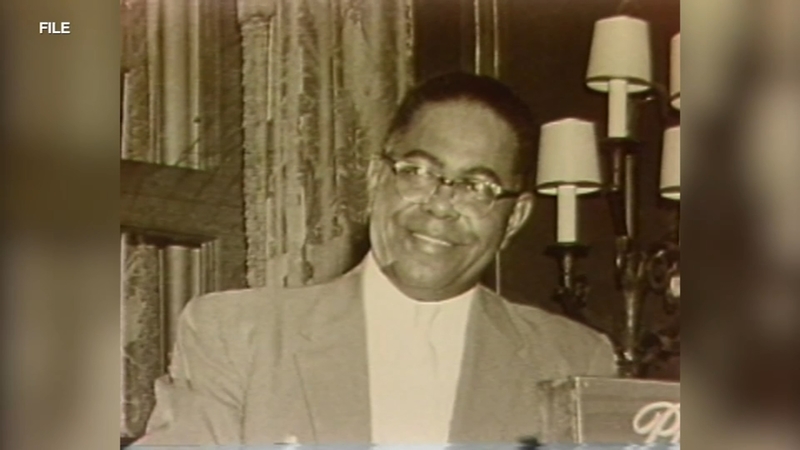 ROBBINS, Ill. (WLS) -- SB Fuller only had an elementary school education but he had big dreams that led to him owning a multi-million dollar company.

At one time it was the largest Black-owned company in the country.

SB Fuller started his business with $25 in 1935 buying soap and then selling it door to door.

Fuller Products Company expanded with a line of cosmetics. His business empire grew to include real estate and newspapers.

Fuller employed thousands of people in Chicago and across the country. Martin Fuller Casey says his grandfather never forgot his humble beginnings in Louisiana.

"He made a promise to God," said his grandson Martin Fuller Casey. "He said God if you get me out of poverty, let me get rich I will spend the rest of my life teaching others."

Fuller was very vocal about Black advancement. At times, his critical statements garnered controversy within the Black community. It led to a boycott of his products. The company lost millions of dollars.

"A lot of people took offense to what he had to say especially the NAACP, the Urban League turned on him. And he was members of the organizations," said Fuller Casey.

The Robbins Historical Society is looking to turn Fuller's former 4,000 square-foot home in Robbins into a museum.

"It was donated to us about three and half years ago and it's badly damaged," said Tyrone Haymore, Robbins Historical Society Executive Director.

They are trying to raise hundreds of thousands of dollars to renovate the house. Landmarks Illinois awarded the Robbins Historical Society a grant to help with the project.

Fuller Casey said he believes the story of SB Fuller needs to be shared with young people to inspire them to reach their potential despite their circumstances.