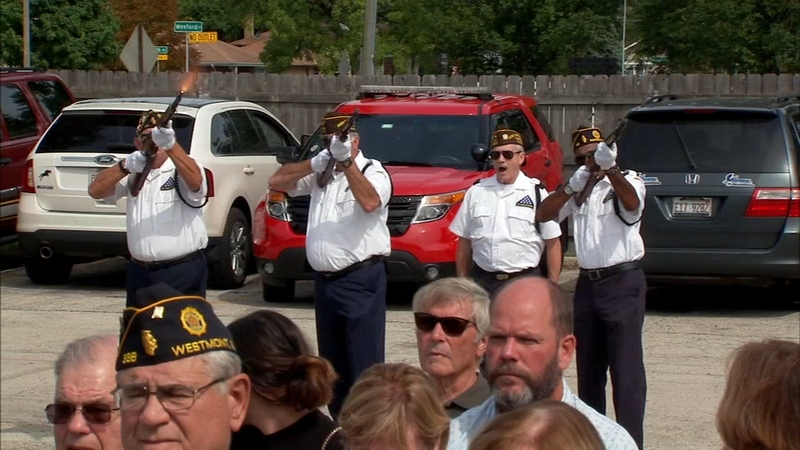 WESTMONT, Ill. (WLS) -- A post office in a western suburb has been renamed after a Medal of Honor recipient, a tribute that was more than 50 years in the making.

Sgt. James Robinson Jr. sacrificed his life to save other members of his platoon while fighting the Viet Cong in 1966.

The village of Westmont now has a permanent memorial to the man who earned the country's highest military honor for risking his life in combat.

"He loved playing soldier. He was just fun to be around," said Robinson's cousin Fred Mundinger. "He had a great laugh, a great laugh."

In an unfathomable act of bravery and courage, Robinson died in Vietnam at the age of 26, on April 11, 1966.

Philip Hall was there as Robinson brought two soldiers to safety, shooting his M-16 under heavy fire from a 50-caliber machine gun.

"Then out of ammunition, he took two grenades from his belt, pulled the pins then charged the 50 cal," Hall said.

Robinson was shot and killed instantly, but not before dealing a blow to the enemy with his grenades.

"No less than giving his life and as a result, some of us were allowed to live," Hall said.

Mundinger was at college when he learned the news of Robinson's death from his father.

"His first three words are just indelibly etched in my mind. He said, 'Jimmy was killed,'" Mundinger said.

Now, Robinson's sacrifice is being honored with a memorial that takes an act of Congress.

"It's celebration. It's jubilation," Burke said.

In the crowd, World War II warriors, such as 94-year-old Marine Floyd Mizener, paid tribute to a lost brother.

"Psychologically, that's what this country needs, to thank the people who've done these," Mizener said.

The veteran added, "I don't want any more damn wars."