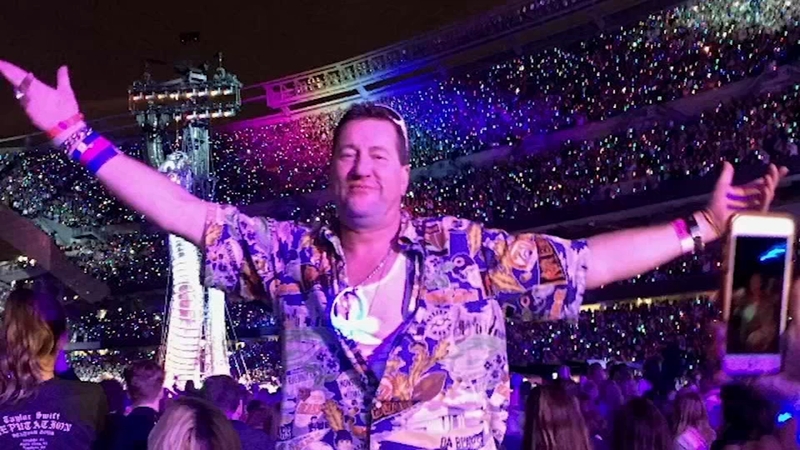 The best seat in the house can be hard to find, which is why many people turn to ticket salesman or even scalpers.

However, several of his customers say they lost big money after he promised them seats.

Ryan is so well-known that people post online videos of his appearances. In one, he's singled out in the crowd at a baseball game, singing to "Sweet Caroline."

Some of his customers, who say they were "sweet-talked" by Ryan, were led to believe that they'd get tickets to popular concert and sporting events.

"He said 'Don't worry, you know I got you. I'm Tommy Tickets, baby,'" explained Crystal Smith, a Lakeview resident who paid Ryan almost $800 via QuickPay for tickets to The Goodman Theatre play "A Christmas Carol."

"I want the tickets in my hand. He was going to meet me at my work and he didn't," said Smith.

She and Heather Underwood, of the Hermosa neighborhood, claim they were left hanging without tickets and didn't get a refund.

"It was just very disappointing and I kept calling him, texting him. He wasn't answering," said Underwood.

Both women filed police reports in Chicago and showed us their texts with Ryan, which detailed the deals and then requests for refunds.

Chicago Police told the I-Team they are "investigating" both cases.

"I go into the ticket office and, you know, nothing. Nothing under my name, nothing in affiliation to Tommy Ryan," Underwood said.

"And he's walking around all happy-go-lucky!" she said teary-eyed.

Ryan left a voice mail message for her the night of the concert: "My phone died, I had them under your name Heather, ahhh Underwood, but under "Let's Talk Tickets." I couldn't, I was, I had an email but you couldn't get the email. Call me back. I hope you got in. I don't know if you got the tickets or not, my phone died. I'm so sorry. I'll give you a full refund if you didn't get in."

The Illinois Attorney General's Office supplied the I-Team with three separate claims from consumers alleging that Ryan charged them for anywhere from $600 to $31,000 for tickets they never received. That huge sum of money was for World Series tickets the consumer says he never got.

Ryan customer Phyllis Bucaro filed a Schaumburg police report alleging that she paid him almost $4,000 for 16 Cubs tickets. She told police she would be an "investing employee" where she would buy the tickets and sell them for her profit.

"I really couldn't put two words together and I was very emotional, it was very hard on me to lose all that money," Bucaro told Knowles.

The police report also notes that Ryan claims Bucaro gave him $1,800 to gamble for her and she admitted to driving him to a casino and watched him lose what she said was her "ticket investment money".

ABC7 sent Ryan a text, email and a Facebook message, through his Facebook business page. Then, ABC7 reporter Jason Knowles stopped by the Schaumburg complex where he lives but he didn't answer.

"I think it's really sad that he's still out there and nobody's put a stop to it," said Bucaro.

How do you protect yourself when buying tickets from a third party?