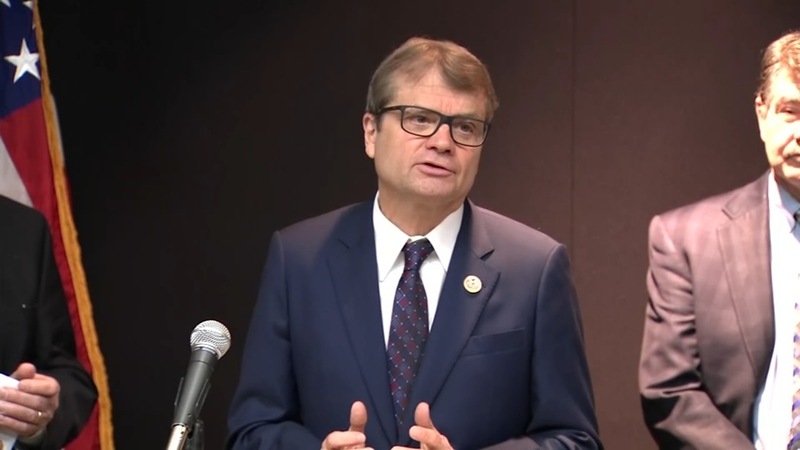 CHICAGO (WLS) -- Mayor Lori Lightfoot is on the verge of formally announcing her plans to run for reelection as a potentially formidable candidate announced that he will not be running for mayor.

Lightfoot's plans to run for a second term may be the worst keep secret in Chicago politics. She has hinted for weeks that an announcement is coming soon.

She walked right to the edge of an announcement telling the Chicago Sun-Times Thursday afternoon: "The issue is when is the announcement, and that will come soon. I mean, I'm giving you every indication of what the future is going to hold. The question is just formally announcing it. And we will do that soon."

The news came hours after U.S. Rep. Mike Quigley, who has represented Chicago's North Side since 2009, announced he was not going to jump in the race.

"Well I think it shifts the playing field in Lori Lightfoot's favor for the moment," ABC7 political analyst Laura Washington said. "He was seen as a promising candidate who had the ability to raise money, attract support from the business community."

In a press release Thursday morning, Quigley cited his work as the co-chair on the House Ukrainian Caucus as a reason why he can't step away to run for mayor.

He just recently returned from a trip to the Poland-Ukraine border.

"The good news is, in my trip over there, we saw that urgency," Quigley said. "We saw the fact that heavy weaponry is now moving and Ukraine is indeed getting what they need."

Congressman Mike Quigley is warning against the West becoming overconfident that Ukraine is winning the war against Russia.

"I'm concerned that the West may be thinking, well, Ukraine is winning," Quigley said. "First of all, this is better terrain for the Russians. Second, shorter supply lines, lessons learned, and the fact that you've got a very angry Putin here."

Quigley issued a statement saying, "The war in Ukraine is not just about territory in Eastern Europe. It is a struggle between democracy and authoritarian rule, a tension playing out across the globe. Stopping Putin's genocidal war in Ukraine will save thousands of innocent lives while sending an unequivocal message to tyrants around the world: the free world will not stand for your aggression and brutality.

"On this most recent trip with my colleagues from the Intelligence Committee, it became clear our work will continue for months, if not years. After much consideration, I simply cannot walk away from my duty to safeguard democracy, fight for American values abroad, and stand up for the brave Ukrainian people in their time of maximum peril. Campaigning to serve as Mayor of Chicago would not allow me to fulfill this critical obligation.
"The great city I love faces unprecedented challenges on crime, schools, equity and fiscal matters that demand 100% full-time commitment from our mayor. At age 53, I would have relished the opportunity to get Chicago back on track. If I'm being completely honest, at 63, I don't think my family and I can make this kind of commitment.

"As a senior Member of the House Appropriations committee, I have a special responsibility to deliver the critical investments for transportation, housing, and healthcare Chicago needs to turn itself around. Shirking that duty to run for mayor would be letting my city down in its time of great need.

"To those who have encouraged me to run over the last few weeks and months, your trust and kind words have been humbling. I thank you from the bottom of my heart, and look forward to your ideas and support as I stay at my post, fighting for Chicago and our shared ideals abroad."

Quigley's decision to stay out of the mayor's race followed a similar decision from Arne Duncan back in March when he said he would not run.

Chicago businessman Willie Wilson has announced that he will run for a third time, and there still are a number of potential mayoral candidates still waiting in the wings.

Quigley's decision to stay out of the race could have an impact at least on some of them as they continue to weigh their options.