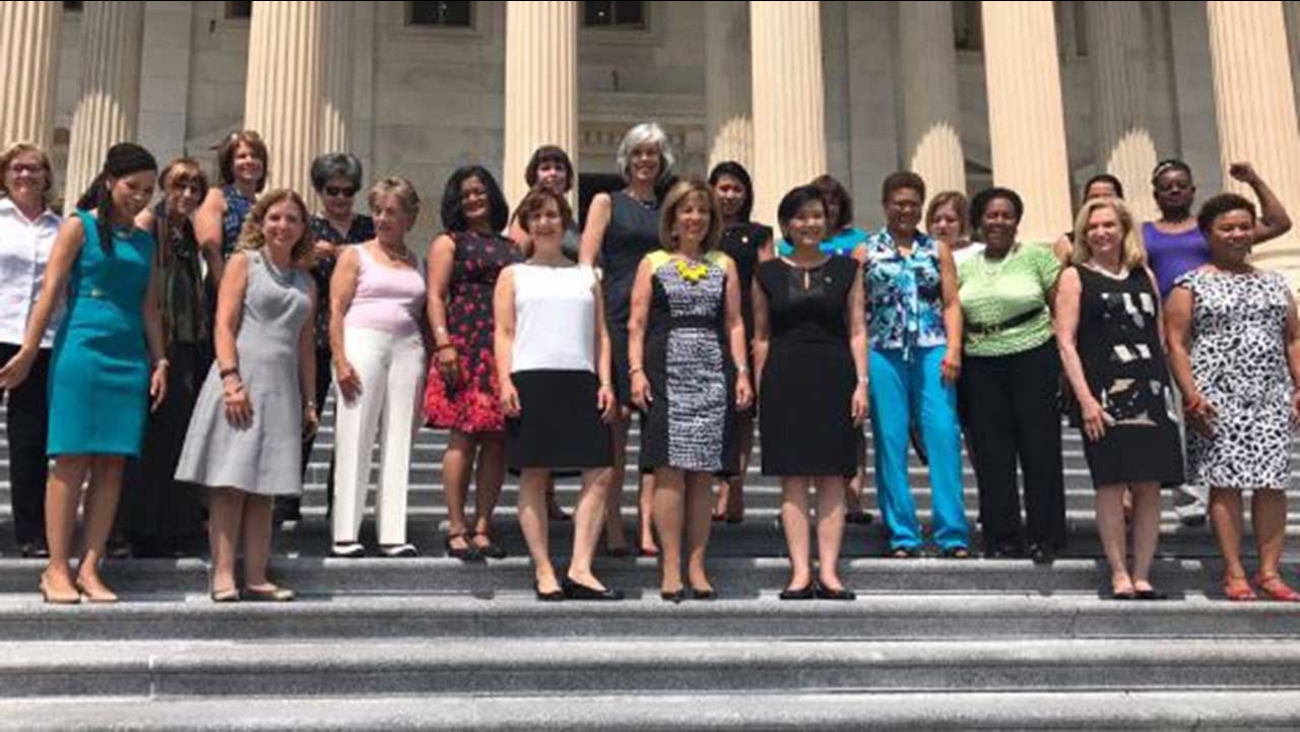 On Friday, more than 30 congresswomen on both sides of the aisle wore sleeveless dresses to support their "right to bare arms."