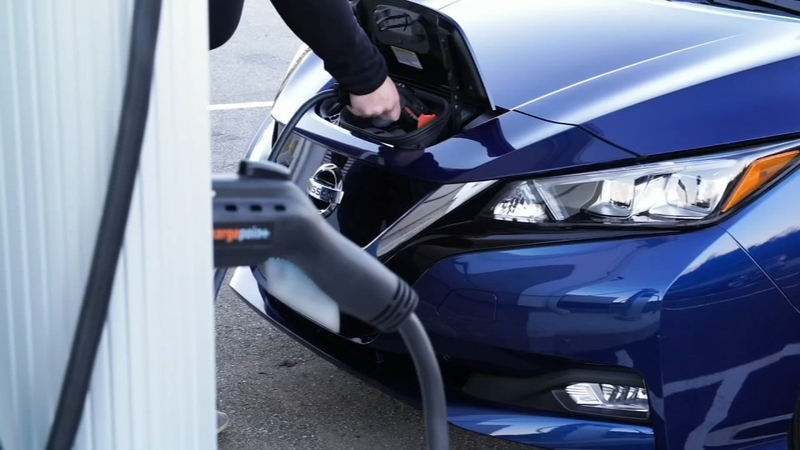 Electric cars are still far outnumbered by their gasoline-powered cousins, but they're becoming more common, and more affordable. Does that mean they're right for you? Consumer Reports takes a closer look at the pros and cons to help you decide if an electric car could be your next ride.

"Electric cars were for wacky enthusiasts who are looking for the latest, greatest new technology to adopt, or super wealthy people who don't care if they get an $80,000 toy," Harrison said.

But now she is seriously considering buying one. She is not alone.

A new survey by Consumer Reports says 36-percent of prospective car buyers would consider a plug-in electric vehicle for their next new car.

"A lot has to do with pricing. The price points are much lower with some of them starting as low as $29,000 before the federal tax credits that are available," said Consumer Reports Auto Expert Jon Linkov.

Two electric vehicles recommended by Consumer Reports for safety, affordability and cruising range, the Kia Niro and the Chevrolet Bolt.

Helen has only test-driven a Tesla but plans on trying out more.

"I love the full package of the electric vehicle," Harrison said.

But what about distance? How far can electric cars go between charges?

"Many of these newer models have batteries that allow them to travel 200 miles or more on a single charge," Linkov said.

Like the new Tesla Model 3 or the Nissan Leaf. But keep in mind battery range in electric vehicles decreases when energy is used to run the heater. And consumers will have to recharge cars overnight in order to maximize mileage. Still, Helen is unfazed.

"There's something to worry about in every car that you are going buy," Harrison said. "I'm very clear we should get an electric car."