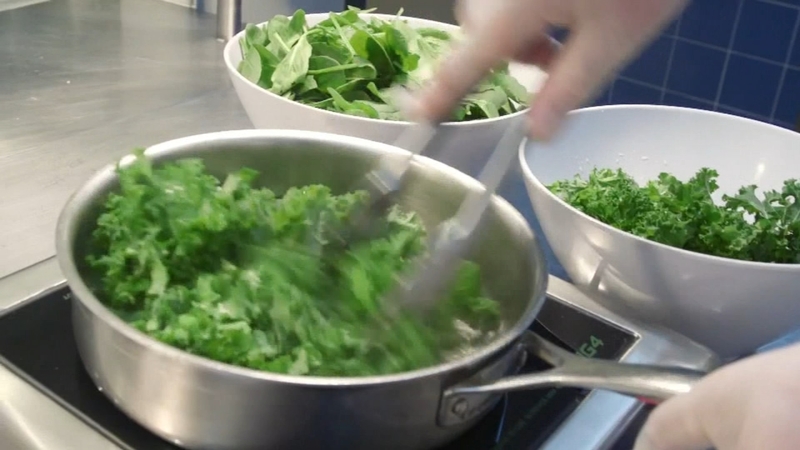 Most of us are familiar with the old adage about an apple a day keeping the doctor away. Now there is new evidence suggesting that a salad a day, may keep memory loss at bay. The health team at Consumer Reports explains why you may want to spend a little more time in the produce section.

If you're looking for another reason to swap fries for a salad, a new study offers some inspiration.

"Just having a salad a day, may be one of the keys to brain health," said Consumer Reports Health Editor Trisha Calvo.

The study shows eating leafy green vegetables every day, may help in preserving memory and thinking skills as you grow older.

"Dark leafy greens are packed with nutrients, like folate, Vitamin K and antioxidants, and these all play a role in brain health," Calvo said.

The journal, Neurology, published a study which found people who ate leafy greens, had brains that functioned as well as people eleven years younger, compared to those who ate little or none.

"Eleven years is significant, and what this study does is it adds to a growing body of scientific evidence that we can make real changes in our risks for dementia, by altering our diets," said Consumer Reports Medical Advisor Orly Avitzur.

You don't have to eat bowl after bowl either. The brain benefits were seen among people who ate roughly one and a third cups of raw greens a day, or about a half-cup of cooked dark, leafy greens.

As a neurologist and the medical director at Consumer Reports, Orly Avitzur says the findings could be another tool for helping people stay healthy.

"As the population ages, the numbers of people with dementia rises, so it's critically important to find effective strategies to reduce the risk of cognitive decline," Avitzur said.

Working greens into at least one meal a day could be a simple way to help promote brain health.

Consumer Reports says several studies support the link between diet and cognitive function including a host of foods that may reduce your risk of Alzheimer's disease. Foods such as nuts, berries, beans, olive oil and even a daily glass of wine are all on the menu.