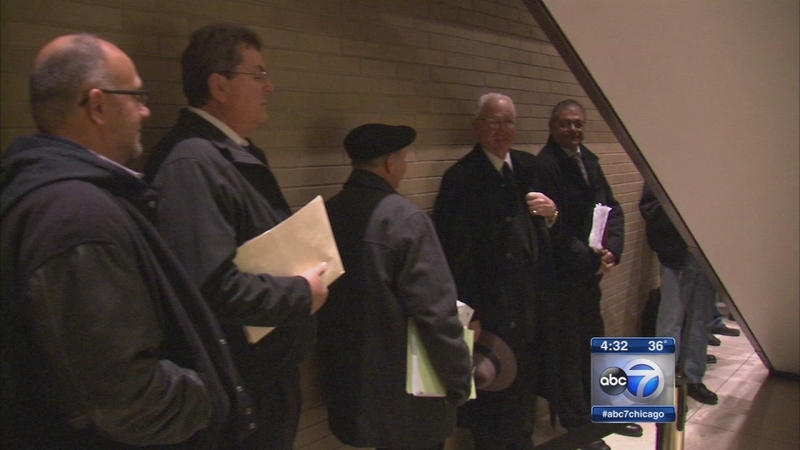 CHICAGO (WLS) -- There was a long line outside Cook County Clerk David Orr's office as the one-week filing period starts for candidates seeking countywide offices in the March 15 primary election.

"They basically bring petitions in. We take pictures. They fill out the forms. It's a very highly legal process," Orr said.

More than 60 candidates, their staff and supporters arrived hours before the office at 69 West Washington opened at 9 a.m. At the front of the line was Cook County Board of Review Commissioner Dan Patlak.

"We decided we wanted to be first and we did it," Patlak said.

One of the hottest countywide contests is expected to be for Clerk of the Circuit Court.
Despite a federal corruption investigation and being stripped of her party's endorsement, 15-year Democratic incumbent Dorothy Brown seeks re-election and is facing two challengers.

"The record speaks for itself so the voters - I think almost 50,000 that signed our petitions- recognize that," Brown said.

"The clerk's office needs to have reform. It's not going to happen with business as usual which both Dorothy Brown and Michelle Harris represent," Meister said.

Candidates also filed nominating papers for the Recorder of Deeds and the Metropolitan Water Reclamation District and Chicago Ward Committeeman.

"I've been a community activist for about 25 years and now I want to get off the sidelines," said Lucy Moog, a first-time candidate.