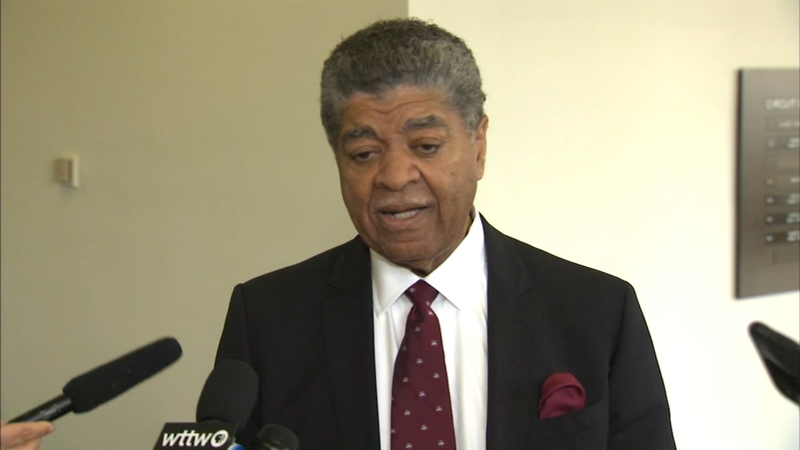 In the election for the county's top judicial spot Thursday, Evans won 143-102 on first ballot against veteran attorney and Law Division judge Lorna Propes. The county's most powerful judicial position was decided by less than 250 circuit judges who serve under the chief.

Evans needed 128 votes to keep his role overseeing the second largest court system in the country.

"I look forward to working with our colleagues for 3 years to try to implement some of the plans for restorative justice and for making sure the system embrace healing more than punishment" Evans said after the election victory.

Evans pledged that "we can make-even making those who were supporting my opponent-feel included."

His won despite a vigorous and aggressive challenge from Judge Propes.

"I think 18 years is long enough for anyone to do almost anything and I was advocating for term limits" said Propes, referring to Evans' nearly two decades as chief judge. "The group turned that down, I respect that. I really have nothing more to say about it other than I'm proud of them, I'm proud of our campaign," she said.

To the winner goes control of a vast workforce: 2,400 non judicial employees, a total of 400 judges and a $272 million budget.

Evans said he thinks they are on the right track.

"Trying our best to embrace the presumption of innocence and that's what my rules really do. Rather than assuming somebody isn't going to come back to court or do something dastardly while out on pretrial release," he said.

That was one of the items Chief Judge Evans said he recently talked about with Chicago Mayor Lori Lightfoot, who is a former federal prosecutor and now trying to get her arms around the city's violent crime issues.

Evans has served longer than anyone in the county's modern court history. The position brings in a salary of $191,609.