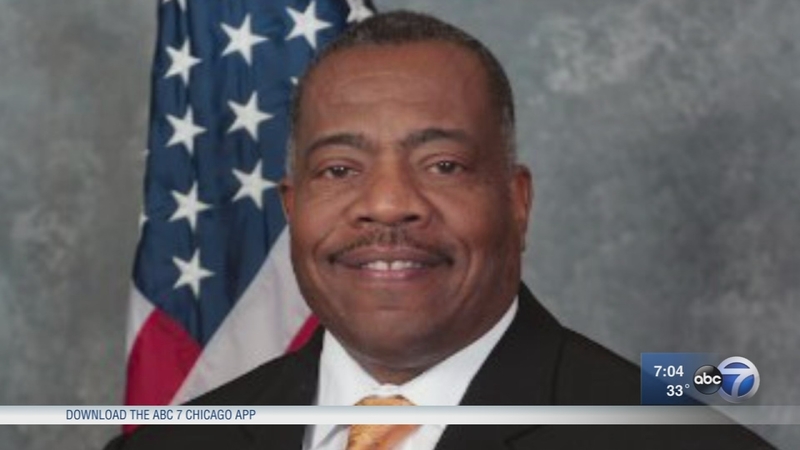 The director of the Cook County Department of Homeland Security and Emergency Management has mysteriously left after only one year on the job.

A spokesperson for County President Tony Preckwinkle told the I-Team only that Brown is no longer with Cook County.

Preckwinkle brought Brown in with great fanfare on Oct. 19, 2015. She said he was "uniquely suited" to carry out the mission of the Homeland Security Department.

In an email, Preckwinkle's office said: "Friday was Ernie Brown's last day at the Department of Homeland Security and Emergency Management. President Preckwinkle has appointed Mark Edingburg as Interim Executive Director. I want to take this opportunity to express my appreciation both for Ernie's service and for Mark stepping up to ensure a smooth transition. As many of you know, Mark has served as the Planning and Preparedness Manager at DHSEM since 2012 and before then served for two decades at the Chicago Fire Department."

As of Monday, there was no official send-off and no official announcement from the county that he left the $160,000-a-year post.

County administrators declined to discuss whether 63-year old Brown got the boot, claiming it to be a personnel matter.

However, they also have not taken the opportunity to praise his accomplishments or offer any thanks. But they did say they have installed an interim director and are immediately starting a search to replace him.

Brown's departure appears to have been sudden.

He was a 30-year Chicago police officer and former chief of the Darien Police Department before coming to Cook County.

Rich with equipment, manpower and prestige, Cook County's $38 million Homeland Security Department Run is deployment to incidents and disasters in the suburbs.

Reached by the I-Team on Monday, Brown said that it was "just time to retire, write books and maybe consulting."

A member of the county board's Homeland Security and Emergency Management Committee told the I-Team Preckwinkle asked for Brown's resignation because of concerns about his possible role in the Chicago Police Homan Square scandal, involving the so-called interrogation warehouse on the West Side.