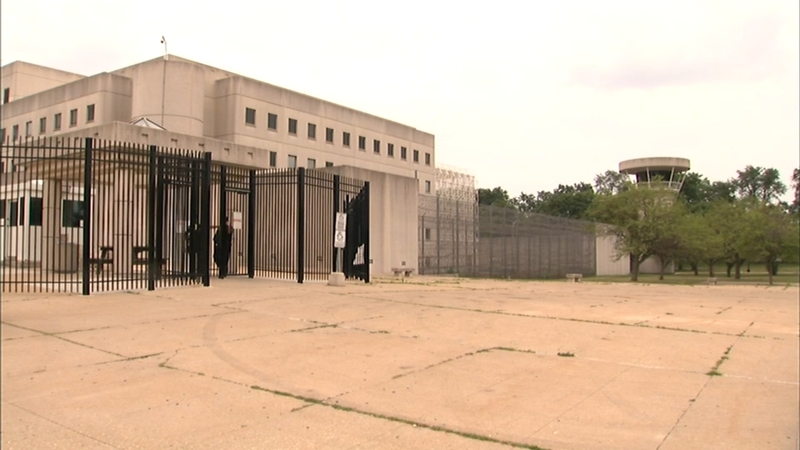 CHICAGO (WLS) -- A new report from the Centers for Disease Control and Prevention credited the testing and sanitation efforts at the Cook County Jail as reasons for a dramatic reduction of prisoners and staff with COVID-19.

Infection levels have fallen consistently. Less than one-half percent of those tested in the most recent week were positive.

At a news conference Wednesday, Cook County Sheriff Tom Dart said only 11 of the nearly 5,000 detainees are currently positive for COVID-19.

CDC researchers said in the spring, the county jail had "one of the largest outbreaks of COVID-19 in a congregate setting" in the U.S.

That was addressed by the jail's "early intervention" of testing and sanitation, the CDC said.

The report, which is considered preliminary because it has not yet been peer-reviewed, was authored by the CDC and medical officials from the county and city along with the University of Illinois at Chicago.

"We not only bent the curve we killed off the curve," Dart said.

At a news conference, the sheriff said the jail now stands as a model in how to contain the virus.

"In spite of all the insanity going on, and in spite of frankly some of the reckless things that were being said in the media, we stopped it with science. We stuck with science from day one," he said.

The I-Team reports that civil rights attorneys have challenged virus-fighting procedures in Cook County's jail, where hundred have been infected.

But the unveiling of the report set off a heated exchange among attorneys for inmates who sued the sheriff in federal court and Dart himself.

"I just think we should be realistic about why that happened, " said Alexa Van Brunt, a lawyer with the MacArthur Justice Center.

The civil rights team that took Dart to court in April said the sheriff shouldn't be given credit for cutting the infection rate.

Van Brunt said the jail was mandated to institute social distancing and to provide COVID-19 testing, personal protective equipment and hygiene products, such as soap.

"Frankly, the reason for that is because his department was sued. And because that lawsuit related or resulted in court oversight of how the jail was handling the pandemic first as a temporary restraining order on April 9, and then preliminary injunction on April 27. And in fact, the decline of the infection directly aligns with the court intervention," Van Brunt said.

Dart said the court case did nothing but hurt the situation.

"So for them to suggest they had anything to do with this is an outright bold-faced lie, which I'm sorta getting used to. ... Some of these folks, you know, but I don't know how to say it, but it's a lie, it's a 100% made-up lie," Dart said.

A sheriff's office spokesman told the I-Team almost all of the measures the CDC cited as effective were already in place before the lawsuit was filed.

Dart said he is not on a victory lap, and his jail health director said she knows they aren't out of the woods as infection rates grow outside the jail.