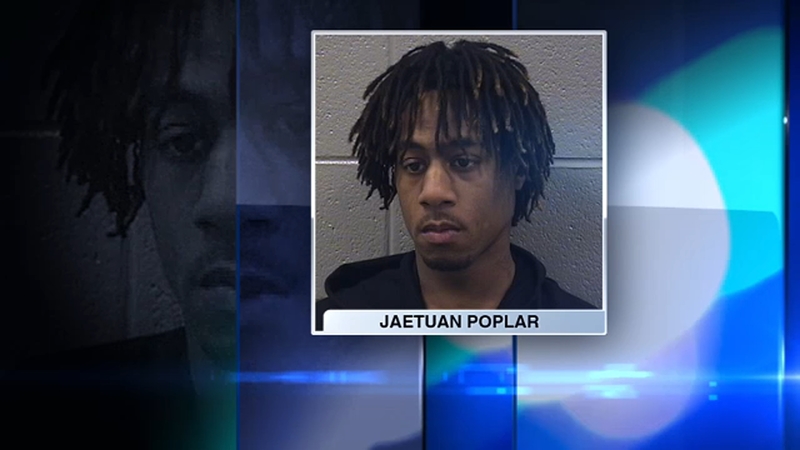 CHICAGO (WLS) -- A 25-year-old man is accused of trying to bring a gun into Cook County Jail, according to the sheriff's office.

Police said Jaetuan Poplar, of Kalamazoo, Michigan, was being processed into the jail on drug charges Tuesday, when officers found a small, loaded 22-caliber revolver in his pants. The revolver was approximately 5 inches in length, the Cook County Sheriff's Office said.

Poplar is now also charged with possessing a firearm in a penal institution. He's being held on bond.

Poplar was initially arrested Sunday, December 22, by Berwyn police. He was then transferred to sheriff's custody at the Maywood Courthouse for his bond hearing on the drug charges.

After Poplar stood before a judge, he was transported to Cook County Jail due to an outstanding bond warrant related to a robbery case in Michigan, the office said.

The circumstances of where the weapon came from remain under investigation, the sheriff's office said. The Sheriff's Office of Professional Review is also conducting an internal investigation into the incident.