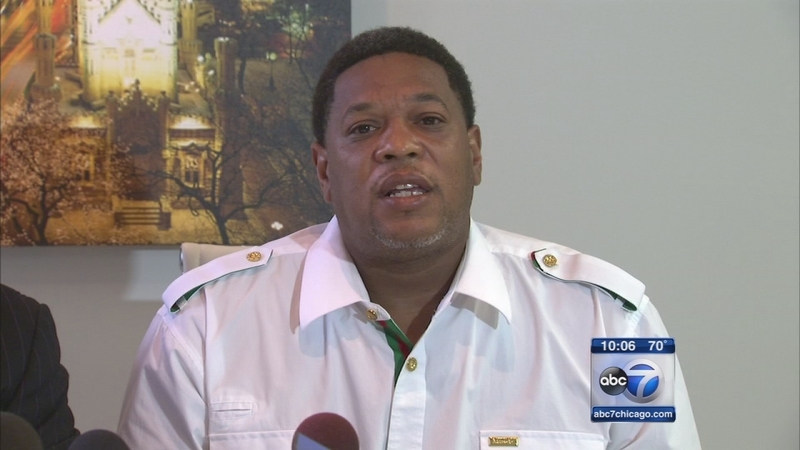 CHICAGO (WLS) -- Farad Polk says he spent more than 30 hours trapped in the Cook County Jail, and for the first time, he described the anguish of being locked up.

"It's by the mercy of God that carried me out," said Polk.

Polk has filed a lawsuit because of this incident. He was visiting his son who has been locked up for nearly 13 months on heroin charges. Polk's attorney says his client suffered emotionally from the ordeal.

"After 5 minutes, I'm like 'this ain't right, this ain't happening.' So as I turned around to buzz out, there ain't no buzzer. No buzzer, no intercom, just a room," said Polk.

The room is deep inside Division 9 of the Cook County Jail's "special incarceration unit" reserved for the most dangerous inmates. The 8x8 visiting room has concrete walls, no windows and a steel door that locked behind Polk seconds after he entered. The room is used only once a week and was under repair. No one knew he was there. As minutes turned to hours, Polk says his cries for help went unanswered.

"Kicking the door, screaming, hollerin' up, screaming under the door," said Polk.

"He could hear voices of guards on the other side of the door. Presumptively, if he could hear them, they could hear him," said Lambert.

"Our position on what happened to him isn't any different as a result of that. We have implemented some additional checks and balances and we remain incredibly sorry he had to go through this experience," said Cara Smith, executive director for the Cook County Jail.

The jail's director admits mistakes were made, but says there simply are not enough guards to keep track of everyone.

Polk's nightmare finally ended early Monday morning. His thumb still has the stitches from the injury he sustained breaking a sprinkler head, flooding the room and alerting guards and the fire department.

Guards immediately handcuffed Polk. They didn't know if he was an inmate or a visitor. Once they realized what happened, the jail's director met him at the hospital, apologized, and offered to arrange for him to see his son.

Polk says he actually drove to Cook County Jail this weekend to visit his son, but he could not get out of the car to go in. He decided to file the suit because he does not want this to happen to another Cook County Jail visitor.

"It really just hurt me, and saddens me that me myself, personally, I am not emotionally strong enough to go and see him over the weekend, it just tears my heart out," said Polk.

His attorney won't say how much money he wants from the county.