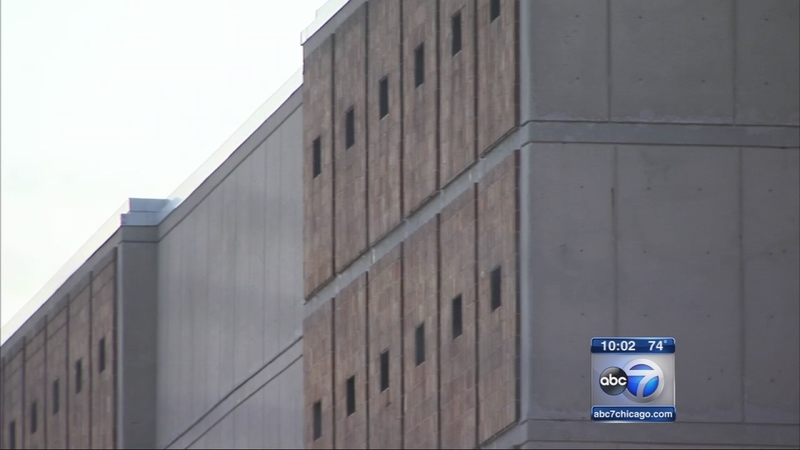 CHICAGO (WLS) -- A visitor to the Cook County Jail was left feeling like a prisoner after he was trapped for 32 hours.

The visitor was processed in to the maximum security unit of the jail Saturday evening. He was there to see his son, Farad Polk, who's been locked up for nearly 13 months on heroin charges.

"He was processed in and told to go down the hall and stay to the right. And he did that and encountered a visiting room for a whole other unit in our maximum security division," said Cara Smith, executive director of the Cook County Jail.

A preliminary sheriff's investigation finds the visitor went through a propped open door and took a seat in a visiting room that was being renovated.

Smith: "He went into that room through two steel doors, both of which shut behind him and he was locked in."

ABC7's Ben Bradley: "He had no idea he was in the wrong room?"

Smith: "He told me after about two hours he realized he was in the wrong room."


The visitor entered the jail Saturday at 5:45 p.m. He told officials he pounded on the steel door and banged on concrete walls that are two feet thick. No one heard him.

Finally, at 1:30 Monday morning, after being trapped for nearly 32 hours, he found a way to get people's attention.

"Fortunately, he had the foresight to see a sprinkler head and break it off and so the room began to flood. The Chicago Fire Department was alerted very early Monday morning and fortunately was able to get him out of the room," said Smith.

The man injured his thumb breaking the sprinkler, and also went more than a day without food and water.

Jail staff said the man was surprisingly gracious about the incident. The executive director says the man is welcome to visit his son anytime and she will make sure he gets out OK.