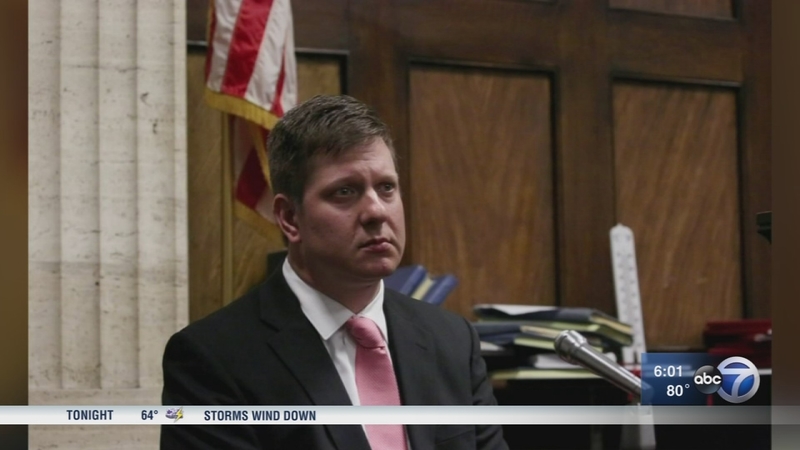 CHICAGO (WLS) -- A judge ruled Wednesday that statements Chicago Officer Jason Van Dyke made to a detective investigating the shooting of 17-year-old Laquan McDonald could be used against him at trial.

For the first time, Van Dyke, 39, took the stand. He testified for 45 minutes during a pre-trial hearing at Cook County courthouse that aimed to determine whether comments he made to Det. David March and Cmdr. David McNaughton, both retired, could be used.

Both March and McNaughton were granted limited immunity for their testimony, which cannot be used against them in any other legal proceeding.

The judge determined that comments to March, who was indicted Tuesday with two other officers for obstructing the McDonald investigation, could be admissible, but ruled against comments made to McNaughton.

Van Dyke's attorney Dan Herbert only allowed audio of his testimony to be recorded.

Van Dyke testified that he felt compelled to talk to his superiors or risk being disciplined or fired. A 1967 Supreme Court ruling protects law enforcement officers from self-incrimination.

When Herbert asked: "Did you provide those statements voluntarily?" Van Dyke responded, "No."

When cross-examined by prosecutors, Van Dyke simply said he couldn't remember specifics of the conversations.

"I remember my union rep telling me that I was going to speak to him and that I had to speak with him," Van Dyke testified.

Van Dyke has been charged with first-degree murder, official misconduct and aggravated battery after shooting McDonald 16-times in October 2014.

"I don't know recall what I told him, I know that I would be talking to him later. I don't know if I told him he doesn't have to say anything to anybody," McNaughton testified.

The decision came just one day after March, who was already scheduled to testify, and CPD patrol officers Joseph Walsh and Thomas Gaffney were indicted by special prosecutor Patricia Brown Holmes. They are accused of covering up Van Dyke's actions.

Video of the shooting, which was released in November 2015, sparked citywide protests.

"I told him I hadn't seen it yet, but I had been informed of some video and therefore it was important that he be truthful," March testified.

Van Dyke is free on bond.

Next month, a judge will hear arguments before ruling about statements he made to the police union are privileged or not.

The city of Chicago refuses to release a report on how the Laquan McDonald shooting investigation was handled.