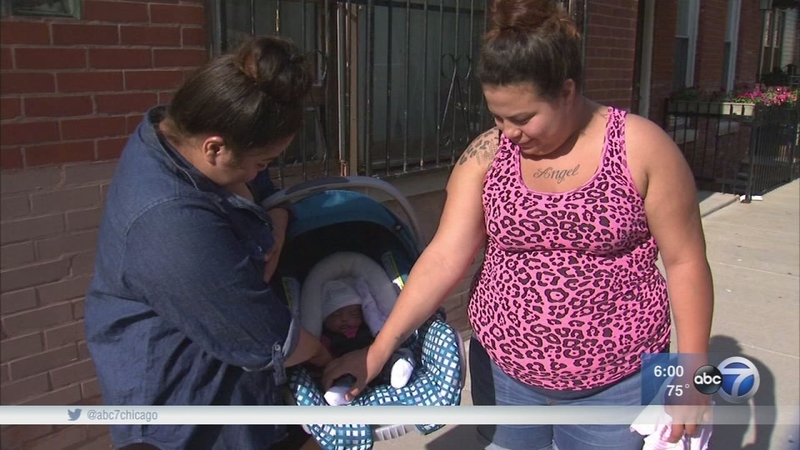 CHICAGO (WLS) -- A Cook County judge is facing heat for keeping a pregnant woman behind bars in a non-violent case, the I-Team has learned. The woman had to deliver her baby while in custody.

Now there are accusations the judge broke the law in the case and violated an order from court officials.

Karen Padilla, 25, of Chicago went into labor a month into her stay at the Cook County jail after being locked up without bond for a non-violent probation violation.

Padilla was 7 1/2 months pregnant when she was pulled over for a broken headlight while driving in June. At that time Chicago police arrested her on an outstanding warrant for violating probation a second time for a 2015 retail theft.

"He pretty much told me my next court date was August 25th," Padilla told the I-Team. "I had told him I was due before then and he told me they would give me the meds and treatment that I needed in there."

Legal experts told the I-Team Judge Ford violated a law that requires bond hearings to be held within 14 days. They say he also violated an order by the county chief judge that requires judicial review of bail within two days of an arrest. Further, the I-Team has learned there was no prosecutor or public defender in court when the no bond decision was made.

"She was a minimum security individual, no real criminal history to speak of," said Cara Smith, chief policy officer for the Cook County Sheriff's Department.

After the baby was born, sheriff's officials worked with prosecutors to get Padilla released on an I-bond.

"I think we can never forget that real people's lives are impacted by the decisions that the system makes" said Smith. "It should be about justice and doing what's right for someone based on the facts and circumstances of their case."

Padilla said that didn't happen for her.

"The judge didn't seem to care because whatever I had to say he was just like, didn't want to listen," she said.