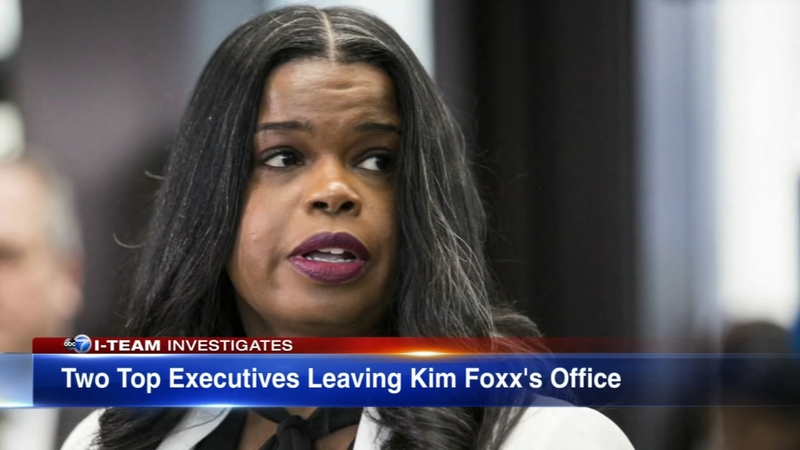 The Cook County State's Attorney's Office confirmed Friday Director of External Affairs, Kiera Ellis, is no longer with the office.

Foxx's spokesperson Tandra Simonton did not respond to requests on whether Ellis was fired or if she resigned.

The ABC7 I-Team confirmed that April Perry and Mark Rotert are both leaving the office at the end of April, according to the spokesman for the State's Attorney.

Perry serves as Chief Ethics Officer. Rotert is the director of the Conviction Integrity Unit.

The State's Attorney's Office has not commented on the reasons for their departure.

Ellis was hired in October of last year and was heavily involved with responding to media questions regarding the Jussie Smollett case.

Perry sent her memo to staff when Cook County State's Attorney Kim Foxx recused herself from the Jussie Smollett case in February.

Foxx released a statement Thursday on the departures of Perry and Rotert, saying:

"I am profoundly grateful for Mark's work to make the Cook County Conviction Integrity Unit a national model. Under his tenure, we have vacated the convictions of over 70 wrongfully convicted men and women. We have created national standards and protocols for reviewing past convictions. The people of Cook County have been well served by his leadership and he has well earned his retirement.

I am also grateful for April Perry's tenure as the first ever Chief Ethics Officer for the Cook County State's Attorney's Office. She has been a valuable resource to the office in ensuring that we operate with the highest levels of integrity and professionalism. I wish her well in her new endeavors."