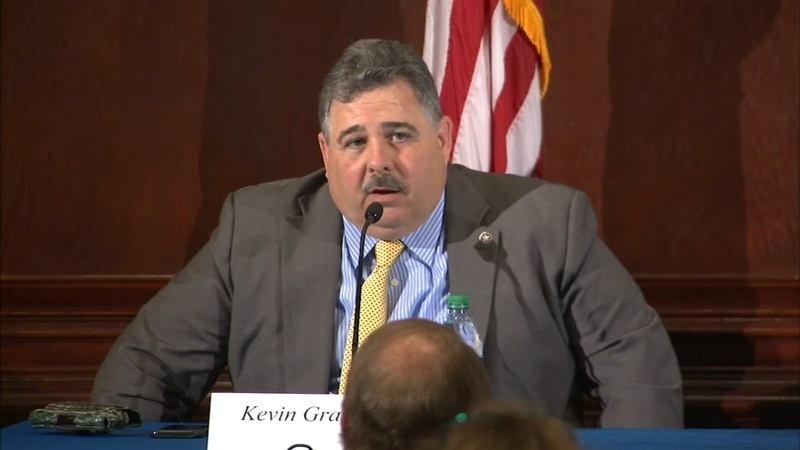 CHICAGO (WLS) -- With alderman weighing competing plans for how best to provide some form of civilian oversight in light of the distrust exposed by the Laquan McDonald shooting, the head of the police union dismissed the need for any additional oversight beyond the current police district advisory councils and the Civilian Office of Police Accountability.

"If you were going in for an operation, if you've had a heart attack, you're going in for bypass, I don't think you're gonna call an electrician to perform that operation," said Fraternal Order of Police President Kevin Graham.

Graham also insisted the public does not know the whole story of the McDonald shooting and he dismissed suggestions the police contract has codified a code of silence among officers.

"First of all there is no code of silence, okay," Graham said.

The Grassroots Alliance for Police Accountability, which is calling for sweeping changes that would give civilians widespread oversight powers including the ability to fire the police superintendent, pushed back about oversight needing to be done strictly by so-called experts.

"To make a statement that we need experts as part of this conversation is to say that community residents and the people who are living and experiencing this on a day to day basis are not experts, and that could not be further from the truth," said Mecole Jordan, GAPA Coordinator.

"We want police accountability, we want civilian oversight, but it has to be in the right manner," said Alderman Ariel Reboyras, 30th Ward.

The City Club panel showed there is no real consensus about what oversight should look like.

"If we want civilian community partnership we can't say, 'well, you can't be a part of the process, you can't have a seat at the table,'" said Alderman Harry Osterman, 48rd Ward.

Twenty alderman have signed on to a proposal that is modeled after the plan that has been in place for decades in the city of Los Angeles, where a civilian commission has power to hire a seven member civilian oversight board.