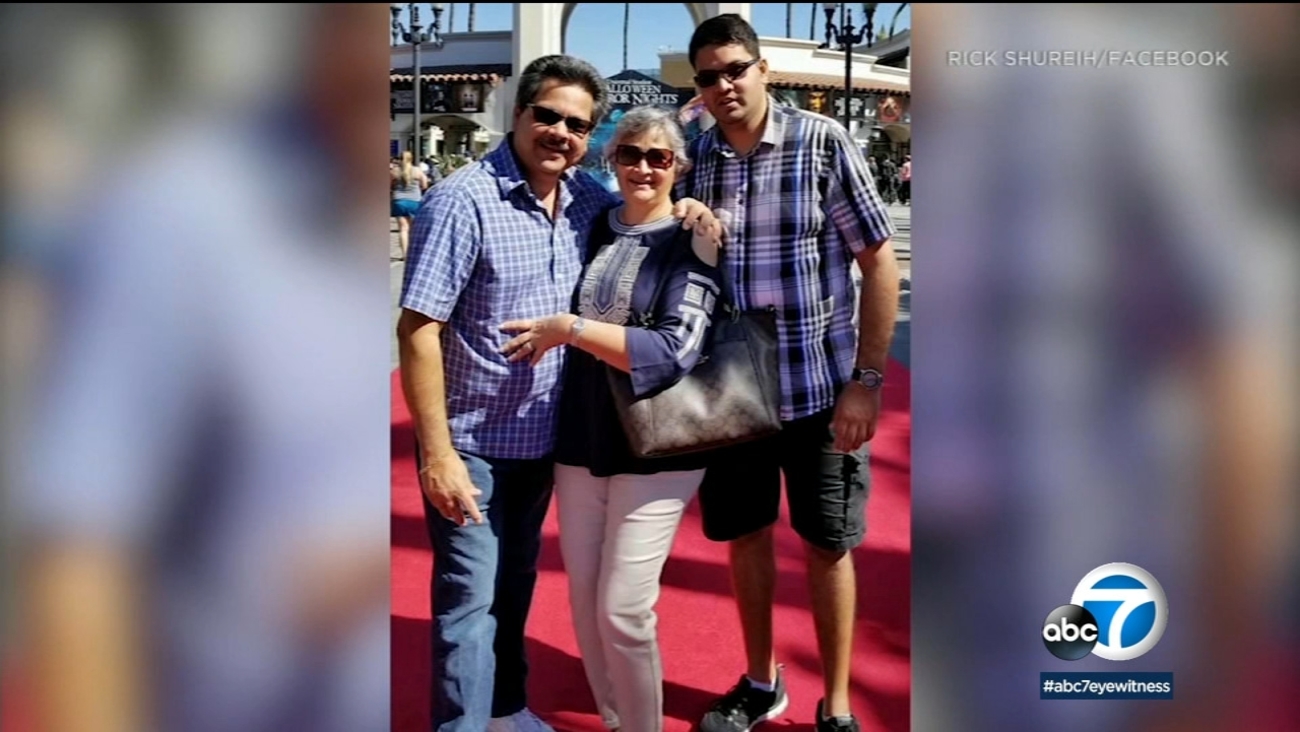 A photo shows Kenneth French, who was fatally shot inside a Costco Wholesale store in Corona, accompanied with his parents. (Rick Shureih/Facebook)

CORONA, Calif. -- A man, shot and killed by an off-duty Los Angeles Police Department officer was reportedly non-verbal and had a mental disability.

The Los Angeles Police Department is launching its own investigation into the deadly shooting involving one of its officers inside a Costco Wholesale store in Corona, California.

Corona police said the off-duty officer was shopping Friday night, holding his young child, when he was "assaulted" by a man.

French's cousin posted a picture on social media of French with the other shooting victims, who he identified as French's parents.

Shureih described French as a "gentle giant" who was mentally disabled, he told The Press-Enterprise. He said French was unable to live on his own and had a disability preventing him from speaking or starting an argument, according to CNN.

Shureih also pointed out that French and his family were unarmed at the time of the shooting.

The off-duty officer -- assigned to the LAPD's Southwest Station -- suffered minor injuries in the incident. The officer's child, who was with him at the Costco, was not injured.

The shooting occurred at the store located at 480 N. McKinley Street. Multiple witnesses said they heard gunshots around 7:45 p.m. They said there was chaos after shots were fired. People ran to escape, but the doors were reportedly locked, which added to the panic.

Investigators have not said whether French was armed, nor has it released the name of the officer who was treated at a hospital and released.

Authorities say the off-duty officer is the only person who fired shots inside the store. It is unclear if the officer is currently on duty.

Officials in Riverside County are also conducting a separate investigation.

The family's relatives are urging anyone who witnessed the deadly encounter to contact them.