Effective Thursday, Mayor Lightfoot said the curfew will take effect at 9 p.m. and remain in place through the duration of Governor JB Pritzker's stay-at-home order.

"This is not punitive, it's protective," Mayor Lightfoot said. "Nonetheless, as with our lakefront closure, we are putting this curfew in place because too many individuals and businesses have been violating the stay-at-home order."

"We are not messing around with this, and we will not hesitate to take even further action as needed. And this especially goes for businesses," the mayor said.

Mayor Lightfoot's Office said 21 citations have been issued against eight businesses violating the state mandate with fines of up to $120,000, including a Bucktown bar, a yoga studio and even a grocery store that did not enforce social distancing.

The curfew also followed a violent night, in which seven people were killed and another 14 were wounded in shootings across the city, including a 5-year-old girl. The mayor was particularly frustrated with the additional strain that puts on the city's hospital system.

"Individual trigger-pullers slaughtered people in a totally heinous way," Lightfoot said. "This level of violence is never acceptable, never ever."

The mayor said shooting victims are now taking up beds that may be needed by those sickened with COVID-19.

"Nothing is more important than making sure Chicago families are safe and healthy," said Beck. "Liquor stores across the city have already partnered with us to adjust hours and today's order will allow us to expand citywide to further protect Chicagoans from the spread of COVID-19."

The city is also going to crack down at large parties at AirBNB rentals.

"So those holding large gatherings at AirBNBs and the like, make no mistake, we will find it, we will shut it down, period," Lightfoot said. "We're also going to pursue license revocations where possible."

Tuesday night, Chicago police set up several checkpoints around the city to reinforce the stay at home policy.

The checkpoints, described by police as "Roadside Safety and Informational Check Points," will be held in each police district from April 7 to April 9 between 10 p.m. and 2 a.m. They will last for about 45 minutes, police said.

The mayor announced Wednesday a third city worker who died of COVID-19, a man who worked in the Assets and Information Service Department for many years. No further details about him have been released.

The Illinois Department of Public Health has created a hotline at 1-800-889-3931. More information can be found at the IDPH website and the Chicago Department of Public Health website.
Report a correction or typo
Related topics:
health & fitnesschicagoloopsocial distancingliquorlori lightfootcoronavirus chicagocoronavirus illinoiscoronavirus pandemiccurfewcovid 19 pandemic
Copyright © 2020 WLS-TV. All Rights Reserved.
CORONAVIRUS CHICAGO 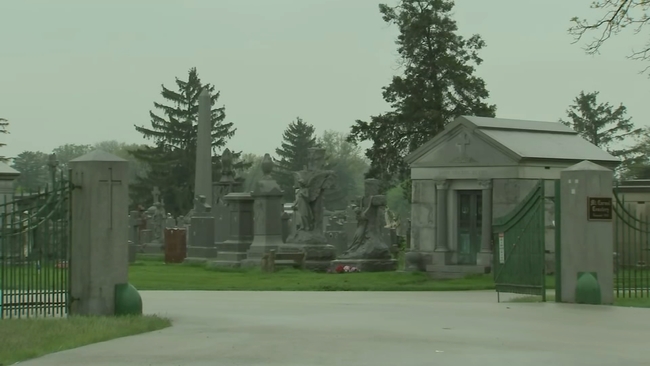