Coronavirus Illinois: Robbins police officer returns to duty after being on ventilator in COVID-19 battle 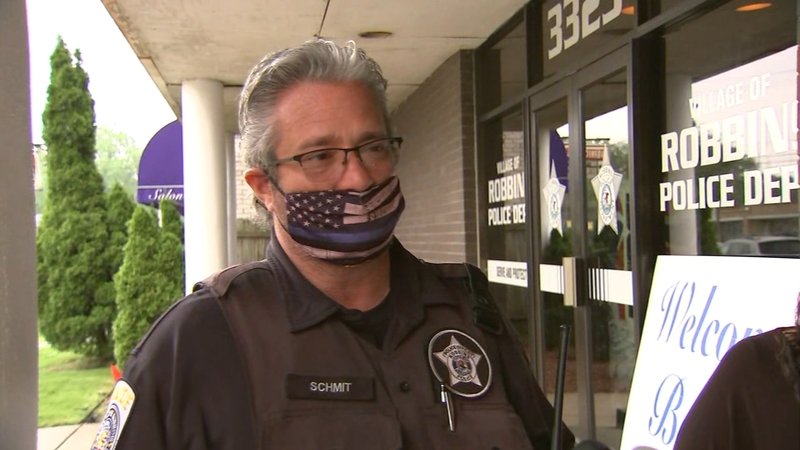 It's been more than two months since Officer Edward Schmit last patrolled the streets of the south suburb, sidelined by a near deadly bout of coronavirus.

Welcomed back to full-time duty by the mayor and his colleagues Thursday, the 48-year-old officer recounted the illness that began mid-March.

He was initially misdiagnosed with bronchitis and then pneumonia.

When he was taken to Palos Hospital weeks later, he and his fiancee knew it wasn't good.

On a ventilator for 7 days, doctors told Schmit's family he had a less than 20% chance of surviving. When he did, one doctor asked if anything unusual happened while he was under.

"I seen my best friend that passed a couple of years ago," Schmit said. "He had his blue shirt on, his cigarettes and his cell phone. I was looking out to him, reaching out to him. I honestly believed I was going at that time and he said to me, 'Not today Eddie, not today.'"