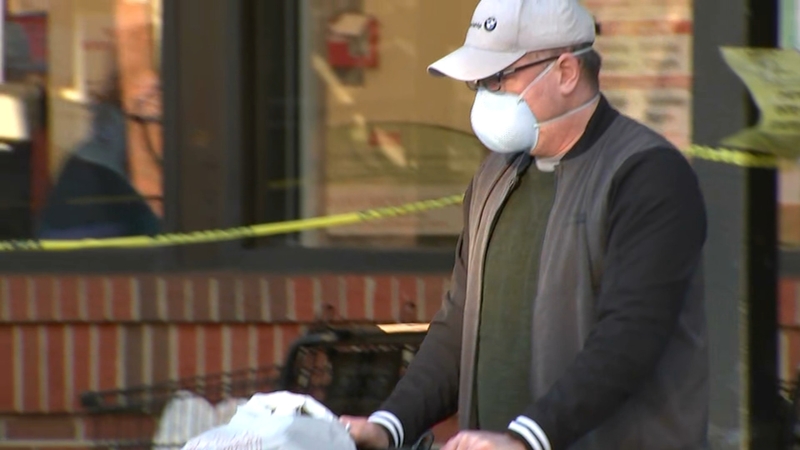 Possible permanent changes to work, school and travel after the COVID-19 lockdown

CHICAGO (WLS) -- Federal plans offer advice for how schools, businesses and places of worship can safely reopen, but local governments will be the ones to decide when that actually happens and specifically what it looks like. One idea out there would require people to carry proof of immunity documents.

Dr. David Katz is a nationally known epidemiologist and public health specialist. He told the I-Team he thinks we need to pivot from trying to protect everyone to focusing on the most vulnerable.

"I think we have an opportunity to put this behind us, once and for all, and that's all predicated on appreciating that this is not an equal opportunity threat," he said.

The Monday numbers from Illinois show more than two thirds of the 2,662 deaths are people aged 70 years and older. Deaths under the age of 30 make up about half a percentage point.

Dr. Katz has been consulting government leaders in the U.S. He suggested testing a randomized group of 20,000 people nationwide right now instead of the state by state testing model.

"People who can least afford to get this virus are carefully protected from it, so they don't get it; we save lives and we avoid overwhelming the medical system. We have a path to the all-clear. The young healthy people get exposed, get over this, make antibodies, are immune," said Dr. Katz.

"I'm not going to shift away from protecting everybody you know; everything is evolving," said Illinois Governor JB Pritzker.

Whatever reopening plan ends up being implemented here, scientists interviewed by the I-Team said we will have to continue to make sacrifices to keep as many people as possible healthy.

"Things are going to probably look very different for us as a society after this. I think there may be temperature screening at a lot of points. And then, again, masks might be a big part of this moving forward," said Dr. Susan Bleasdale, an infectious disease specialist at UI Health.

Some say airline travel will take the biggest hit.

"You can't have a crisis this big without having some permanent changes," said airline analyst, Seth Kaplan.

According to TSA records, passenger travel is down 94% compared to this time last year.

"The airlines are going to have to try to get all their money from fewer passengers. That's probably going to mean higher air fares," said Kaplan.

In our future, expect to see more body temperature detection systems at airports. The technology alerts security of a passenger with a fever.

"We can identify people when they're sick even before they know it," said Dr. Bleasdale.

Schools are grappling with how to resume classes in the fall.

"Looking at classrooms and trying to figure out how you can spread people out and how can, how you can do, maybe, alternating days, or bigger venues," Dr. Bleasdale told the I-Team.

Business travel and conferences may never be back to pre-COVID levels.

"There's a realization that there's a lot that can be achieved from working at home and working remotely," said Jelena Radovic-Fanta, PhD., an associate professor of anthropology and sociology at Governors State University.

Sociologists say some pandemic practices will become part of our regular behavior.

"I think we will have much more present this idea of hygiene and communication and how we interact," said Radovic-Fanta.

Not everyone is OK with the new rules for socializing.

"Standing six feet from somebody is something you almost have to concentrate to do, so that might be a little awkward. Even if the majority of people cope with it pretty well, you have to think about who's not going to cope with it well," said John Caughlin, a University of Illinois professor of communication.

"One of the things that I'm most concerned with, particularly for African American communities are the effects that the pandemic is going to have on mental health," he said.

"Living involves risk, we take those risks all the time. You know, we want to minimize the risk and that's what I've been advocating for when I talk about total harm minimization. I'm saying we need to look at what is the actual magnitude of risk from the virus, give it its full respect, and do the right things to minimize that," said Dr. Katz.