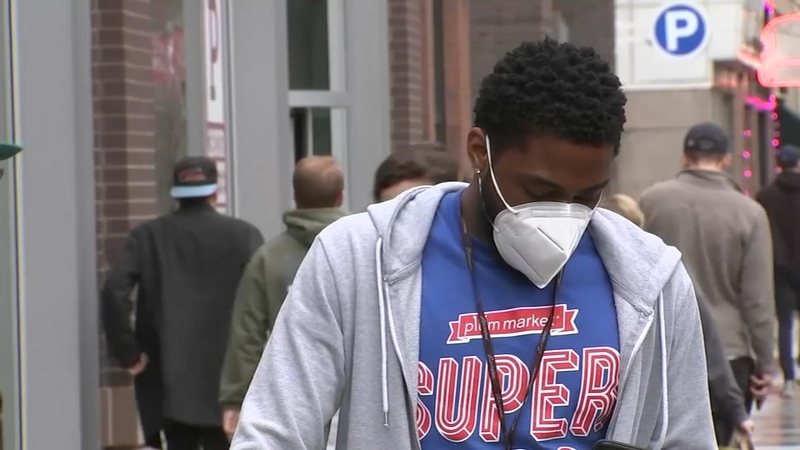 The Indiana State Department of Health confirmed a total of 57,916 positive coronavirus cases in the state, including 2,652 deaths. There have been 644,805 tests conducted, with a 9% positivity rate.

Officials in Indiana's second-largest county and one of the largest Indianapolis suburbs have adopted face mask mandates for residents and businesses in an attempt to slow the coronavirus spread.

The mandates throughout northwestern Indiana's Lake County took effect Monday, while the order for the city of Fishers will take effect Friday. Mask requirements have previously been issued for the cities of Indianapolis, Evansville and West Lafayette, along with Monroe, LaPorte, St. Joseph, Elkhart and LaGrange counties.

Gov. Eric Holcomb has declined to issue a statewide mandate even amid recent growth in the number of coronavirus infections and hospitalizations.

The state will extend its current capacity limits for restaurants and bars and other restrictions for at least another two weeks because of an increasing number of coronavirus cases across the state. Holcomb first delayed lifting those limits two weeks ago, but he said Wednesday that a continuing volatile environment in Indiana and other states prompted him to keep them in place for at least two more weeks. Holcomb's decision means Indiana restaurants will continue to be allowed 75% capacity in their dining rooms, while bars, nightclubs, bowling alleys, museums and movie theaters can be open at half capacity.

The Indiana Bureau of Motor Vehicles has resumed offering driving tests, months after the coronavirus pandemic prompted the state agency to cancel exams for more than 4,000 people. The BMV began offering driving tests by appointment Thursday in select communities. All branches are expected to begin offering driving exam appointments by July 24. BMV Commissioner Peter Lacy says the 4,000 Hoosiers who had their driving exams canceled will be "given priority to get their exam completed before the schedule is opened to the public." Customers and driving examiners must follow specific health requirements, including wearing a mask.

Another northwest Indiana county imposed a mask mandate Monday, effective immediately. The Lake County Indiana Health Department is requiring face coverings inside businesses and any other indoor public spaces. The order also said that students in kindergarten through 12th grade must wear masks on the school bus, in common areas at school, and in classrooms.

Due to this order and the increase in COVID-19 cases, deaths and a "huge influx" of out-of-state visitors to Washington Park, Michigan City Mayor Duane Parry closed the park, effective 12:01 a.m. Friday. The closure extends through midnight Thursday, and it includes the zoo, Senior Center, Sunset Grille and all city beaches from Washington Park to Stop 13.

The mayor said in a statement the executive order could be extended if circumstances warrant.
The city of Whiting announced it will close Whihala Beach effective July 15 until further notice due to public safety concerns. Indiana beaches have attracted unusually large crowds, city officials said, which makes social distancing requirements and other CDC guidelines difficult to comply with. The amount of sand area is also reduced due to Lake Michigan's high water levels.