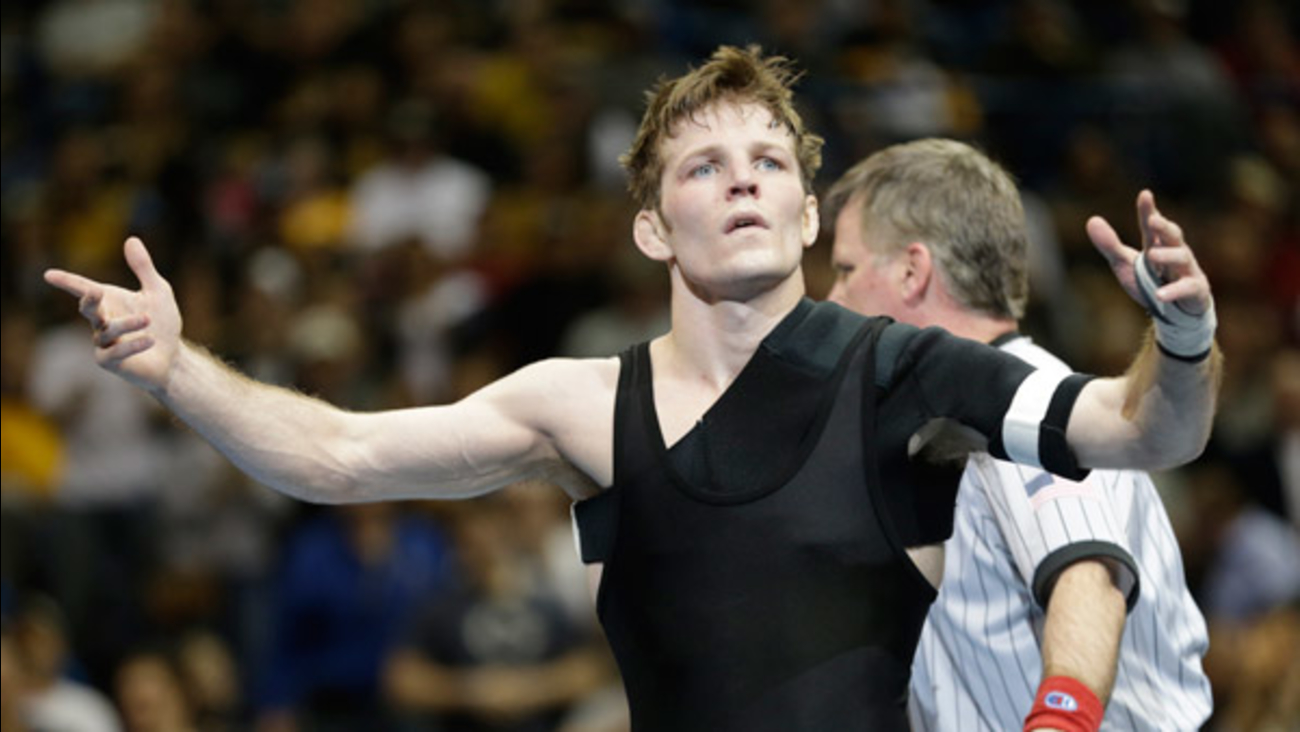 Clark gutted through a shoulder injury that forced him to miss multiple matches earlier this season to snag a go-ahead takedown with 1:20 to go. He then held his opponent down and held on for a 4-3 win.

"Did I ever think it was going to get done? I thought if it wouldn't have got done it would have been a disaster because that was my goal as a senior in high school," Clark said. "And each year I didn't accomplish that it hurt me inside. So to get it done this year is incredible. It means a lot."

But he didn't stop there.

Calm and collected after the win, Cory Clark SHOCKS the arena with a THROW of Iowa coach Terry Brands!!!! #NCAAWrestling

After the win, Clark sent his assistant coach for a ride.

After winning the NCAA title at 133, Cory Clark's celebration continued with a THROW of Iowa coach Terry Brands! #NCAAWrestling pic.twitter.com/cWxYdl22eY

He threw coach on the ground! 😂💪 pic.twitter.com/qGQx3UScsX

Afterwards, Clark explained that his coach, Terry Brands, wanted him to do it.

Congratulations to @iCoryClark . We are proud of you. Nice throw on Coach @TerryBrandsUSA at the end 🖐🏻 pic.twitter.com/aVYWFAPpFk