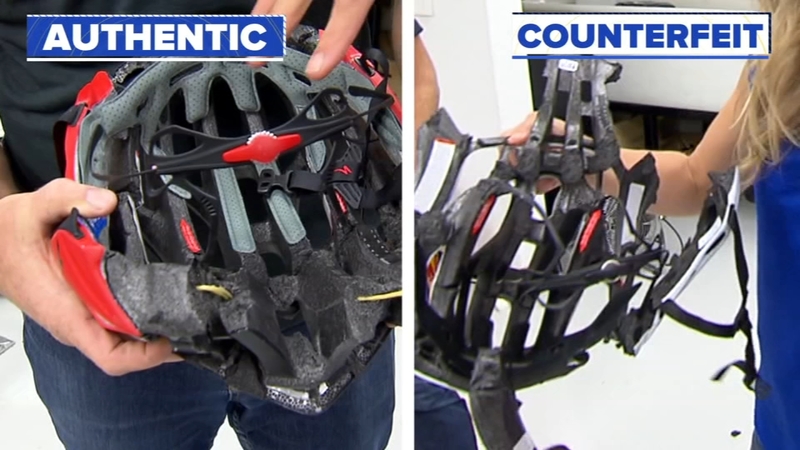 According to a recent poll 20 percent of parents do not make their kids wear helmets, and the parents who do insist on helmets need to know how to make sure it's not a counterfeit.

"I mean we're talking the difference between life and death," said JD Lee who accidentally bought a counterfeit online.

Lee wiped out on his bike while wearing the counterfeit helmet and the impact left him unconscious.

Experts say this is not an isolated incident and are working to keep the knock-offs off the market, reported Good Morning America.

"We are trying to determine who are these manufacturers, who are sending in helmets that don't comply with our safety standards," said U.S. Consumer Product Safety Commissioner Mary Ann Buerkle.

Watch this safety Quick Tip from Consumer Investigator Jason Knowles before you hit the bike trails and paths this season!

Now brands like Specialized, one of the top manufacturers of bikes and helmets in the United States, are fighting back. They've designated a team of 14 employees around the world to keep these potentially dangerous counterfeits off the market.

Andrew Love, the head of Specialized brand security, said his team took down $49 million worth of counterfeit products last year on various e-commerce and social media sites. He said they also helped Chinese authorities take down a warehouse with more than 1,200 knock-off helmets.

Love said the issue isn't only with counterfeits carrying their logos, but also generics that look similar but might have been branded with a different name.

Demonstrating the difference by jumping on the helmets to check their strength, Love said it's easy to notice how they hold up. Unlike the real helmet, the counterfeits have no protected space for your head and break up into pieces.