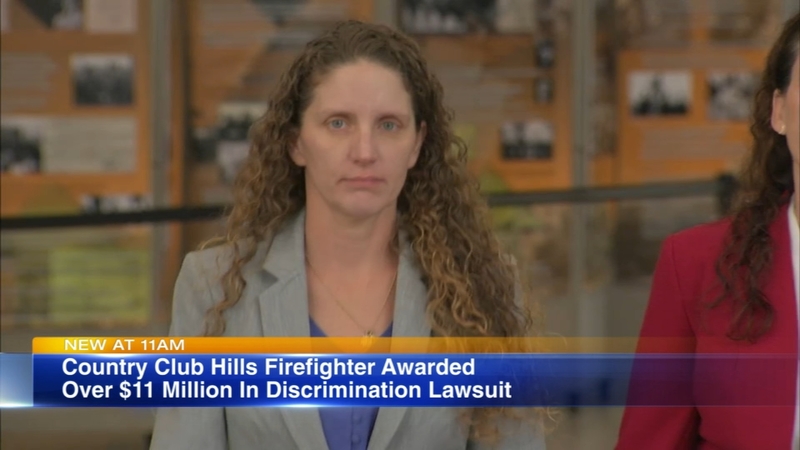 CHICAGO (WLS) -- A jury awarded a south suburban firefighter more than $11 million after a female firefighter sued Country Club Hills for discrimination she said she faced on the job for years.

After more than two weeks of testimony, the jury made its decision in just over two hours Monday.

Dena Lewis, 43, sued the city for discrimination, sexual harassment and retaliation her lawyers said she experienced at the firehouse.

Her attorneys showed forensic evidence proving members of the fire department watched pornography during work hours and played videos for her to watch to try and intimidate her. Lewis also proved she was held back from promotions.

Lewis said the firefighters discriminated against her for being a woman. When she threatened to sue, her lawyers said her colleagues and superiors turned against her.

"It's been six-and-a-half years that she's been fighting this case. With cover-up and corruption and destroying documents, hiding documents, ongoing retaliation. After every time that she complained she was disciplined," Lewis' attorney Dana Kurtz said Tuesday at the Daley Center.

Lewis comes from a long line of firefighters. She has been with the department since 1998 and has been on paid administrative leave since 2015. She said she feels this ordeal has stripped her of the ability to fulfill her dream of becoming a fire chief one day.