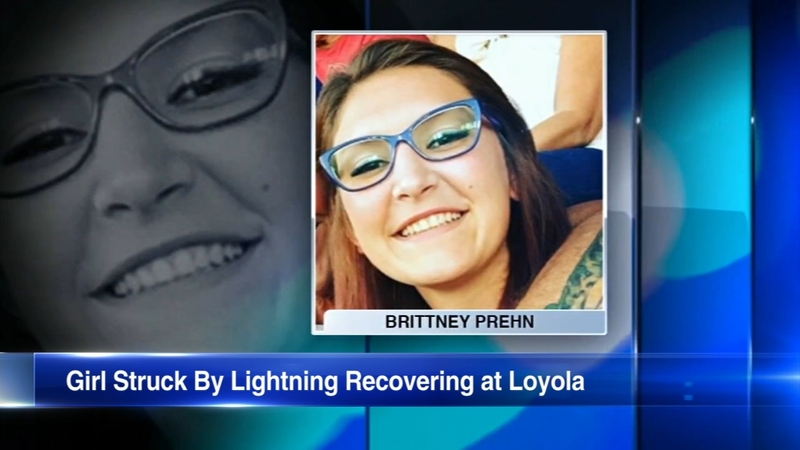 Brittney Prehn is still listed in serious condition at the hospital in Maywood, but her condition is stable.

Witnesses said Prehn was on her cell phone when she was struck early Friday morning. Officials said the lightning appeared to strike her in the ear, then traveled through her body.

Sheriff's officers responded to the campground in Twin Lakes around 12:35 a.m. Friday and found Prehn unconscious. She was transported in serious condition to Northern Illinois Medical Center for treatment. She was later transferred to Loyola, which operates the largest burn center in Illinois.

Prehn did not have identification on her at the time of the strike. Her parents reached out to the Kenosha County Sheriff's Office to identify her.

Authorities said there were no indications Prehn was doing anything wrong or unsafe at the time she was struck.