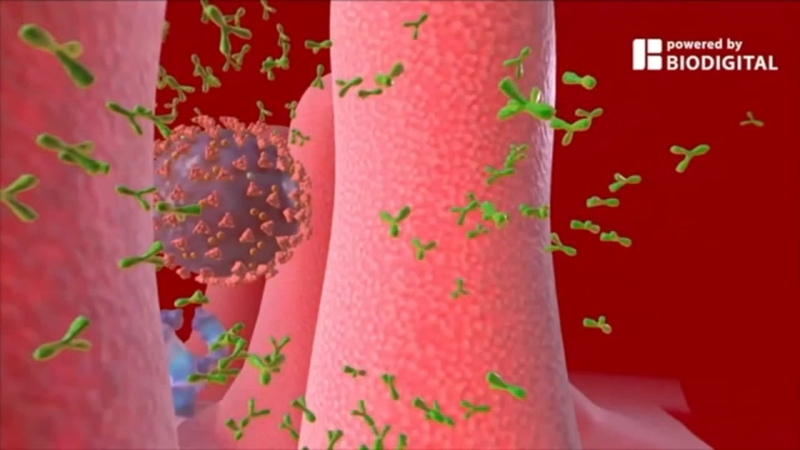 CHICAGO -- Illinois' first case of a more contagious COVID-19 variant from Brazil has been identified in a patient in Chicago.

Researchers at Northwestern Medicine said they first identified the P.1. variant, which was first found earlier this year in travelers from Brazil during an airport screening in Tokyo. The Brazilian variant has since been found in several other countries.

"We identified it through our research program following mutations in the virus over time in the Chicago area," said Dr. Egon Ozer, assistant professor of medicine in infectious diseases at Northwestern and a Northwestern Medicine physician.

Northwestern said that when the Chicago Dept. of Public Health followed up with the individual, one other person in the household had also been unwell with COVID-19. However, no one in the household reported traveling outside of Illinois, CDPH said.

Northwestern researchers said there is evidence that suggests this variant can spread more easily than other currently circulating strains of COVID-19. There are also concerns that the mutated form of the virus will decrease the susceptibility of the virus to immunization through vaccination or prior infection.

"This means that if someone was previously infected with COVID-19, the immune system may not as effectively fight off a second infection with this variant," Ozer said. "There is also some concern that the current vaccines might not be as effective at preventing symptomatic COVID-19 with this variant, though the degree to which they differ is unclear."

A case of P.1. was first identified in the United States at the end of January in Minnesota and has since been identified in several other states.