New coronavirus hotspots in US could be Chicago, Boston, Baltimore, researchers warn 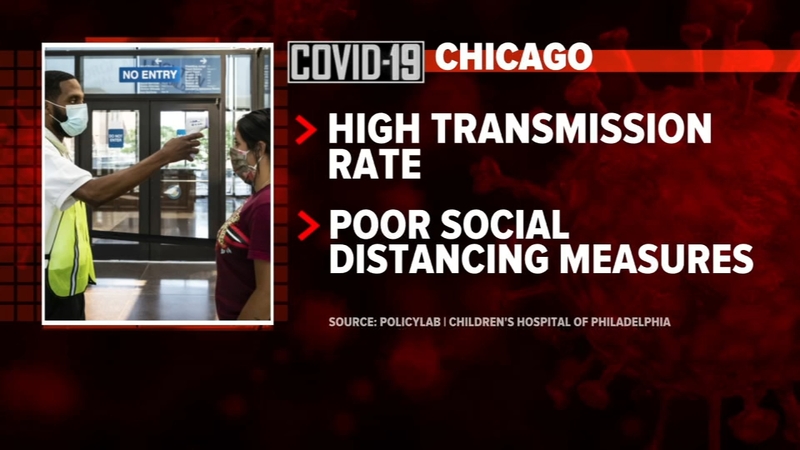 Chicago could be next COVID hotspot, researchers warn

CHICAGO -- Researchers used by the COVID-19 Task Force are predicting Chicago will be one of the next hot spots for the virus to hit, in addition to Boston and Baltimore.

According to researchers at PolicyLab at the Children's Hospital of Philadelphia, Chicago has a high transmission rate and inadequate social distancing measures. Boston's transmission rate is growing and many are traveling for leisure, according to cell phone data, according to PolicyLab. And Baltimore is at risk because of its high density and poverty rate, and large number of multi-generational households.

"We're just seeing significant transmission in all three of those cities happening late in the summer, acknowledging they have only weeks left before nights get colder and transmission dynamics may actually worsen," said Dr. David Dubin, director of PolicyLab at the Children's Hospital of Philadelphia. "I worry about a perfect storm."

Traveling ICU nurse Trinity Goodman knows the challenges of hot spots all too well. She was working in New York when the pandemic first hit.

And more recently, she's been working along the Texas border, where she says all her patients were under 40 and not one of them lived.

In the past 24 hours, the United States reported the nation's highest number of deaths in a single day. CDC Director Robert Redfield issued a stark warning Wednesday, saying everyone in America needs to wear a mask, or this coming fall could be the worst "we've ever had."