Pritzker said the departure of Linda Chapa LaVia was a "mutual decision" that comes in the wake of deadly outbreaks of COVID-19 at state veterans' homes, including the LaSalle Veterans' Home, where 39 residents died of the coronavirus.

RELATED: 'Something happened' at LaSalle Veterans' Home to cause 34 deaths, prompting lawsuit

"What we want to do is restore confidence that people have in our Veterans Affairs Department and we want to do our best to take care of our veterans," Pritzker said during a news conference in Springfield.

Pritzker's office and the Department of Veterans Affairs are attempting to determine what caused the outbreak at the state-run LaSalle Veterans Home in LaSalle, about 90 miles (145 kilometers) southwest of Chicago.

The outbreak was identified in late October when a staff member and a resident tested positive for the virus. An outbreak at the Quincy home has killed at least 17 veterans and, at the Manteno home, at least 19 veterans have died from the virus.

RELATED: Illinois losing battle to save veterans from COVID-19 at state care facilities

A former Democratic state representative from Aurora, Chapa LaVia was appointed by Pritzker in 2019.

Paloma Republican Rep. Randy Frese noted the criticism Chapa LaVia, an Army veteran, has faced and asked her if the pressure was too great for her to continue in her job effectively.

"I work hard for my veterans, and I take that as an honor every day, Chapa Lavia said. "But the pressure is the pressure. I signed up for this job. And I'm honored to do that. I also received by the Illinois Veterans' Assistance Committee that we have in the state that they're 100% behind me and how we've conducted and how we're working hard to make sure this is under control."

The governor said he will name a permanent replacement for Chapa LaVia after a nationwide search. Until then, Major General Peter Nezamis of the Illinois National Guard will serve as interim director.

"I'm grateful to Linda for her service and wish her well on her next chapter," Pritzker said. "I'm pleased to welcome Major General Peter Nezamis to his new role and am confident that with his decades of leadership and operations experience, he is the right person to lead this department forward and ensure our veterans receive the quality care they deserve."

Nezamis currently serves as the Assistant Adjutant General of the Illinois Air National Guard, and is responsible for the command, control and operations of plans and programs affecting personnel at Scott Air Force Base, Peoria and Springfield.

"I've been privileged to serve our state and county in a number of capacities throughout my career and I pledge to lead the Illinois Department of Veterans' Affairs forward in a way that is transparent, equitable and fair," Nazamis said.
Report a correction or typo
Related topics:
health & fitnesslasalle countyillinoisnursing homecoronavirus deathscoronavirusveteranscoronavirus illinoiscoronavirus outbreaklawsuitcovid 19 outbreakveterancovid 19
Copyright © 2021 by The Associated Press. All Rights Reserved.
VETERANS 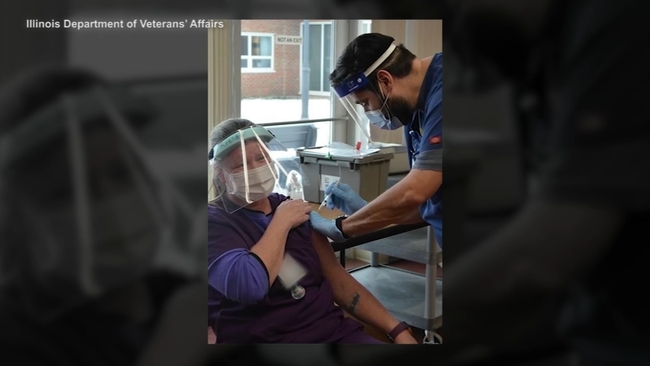 Vaccines given at LaSalle Veterans' Home after 35 deaths 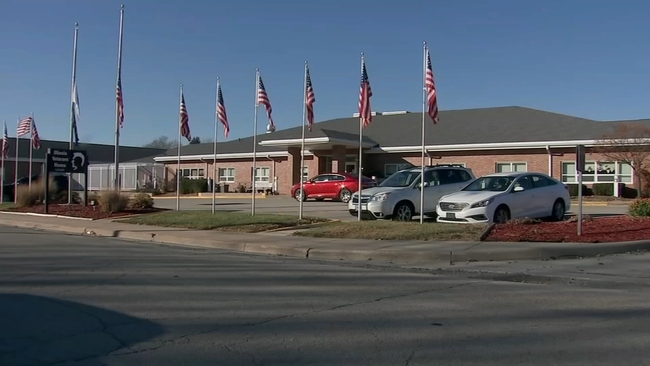 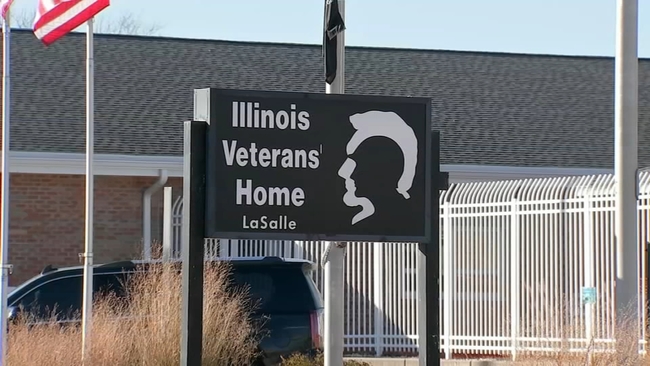