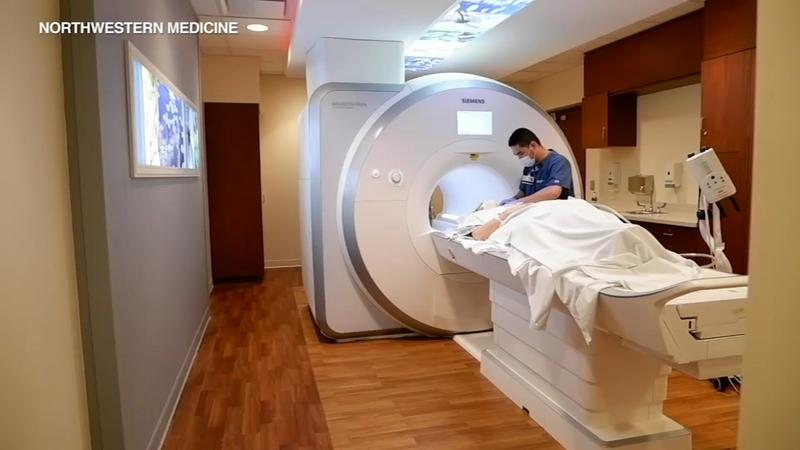 The study was conducted over a six-month period. It included 100 patients from all over the country with mild cases of COVID who did not need to be hospitalized. But who were still presenting symptoms, some of them serious, six weeks after their initial diagnosis.

Fatigue, bran fog and headaches are some of the most common symptoms found among COVID-19 long-haulers.

"We want to know how long is long basically...and so far nobody in the world has more than close to a year, or a bit more of a year's experience with this syndrome," aid Igor Koralnik, MD, chief of Neuro-infectious Diseases and Global Neurology in the Ken & Ruth Davee Department of Neurology at Northwestern Medicine.

There are non-neurologic symptoms long-haulers also seem to experience including fatigue, depression/anxiety, shortness of breath and chest pain.

Eddie Palacios is among the patients studied at Northwestern Medicine's COVID-19 Clinic.

In September, Palacios said his COVID symptoms were mild. He was actually taking care of the rest of his family who all had the virus. But a month later Palacios realized he was not himself. He suffered from headaches, pain and brain fog which he said was the most frustrating.

"It effects the memory and you have five to ten minutes where you forget stuff," said Palacios.

Palacios said the scariest moment happened as he was cleaning his gutters. He said his mind went blank while he was on his roof. He didn't know where he was or what he was doing.

"It's really scary to be on the front lines of a disease that no one knows what's going to happen," said Palacios.

"Our study is the first to report neurologic findings in non-hospitalized COVID-19 long-haulers, including detailed neurologic exam, diagnostic testing, and validated measures of patient quality of life, as well as cognitive function test results," said Dr. Koralnik. "At the beginning of the pandemic, patients with mild disease often didn't quality for nasal swab or serology testing. Because of this, we included 50 long-haulers with laboratory-positive tests and 50 with laboratory-negative tests. All patients in this study had clinical symptoms consistent with COVID-19, but only had mild and transient respiratory symptoms (sore throat, cough, mild fever) and never developed pneumonia or low oxygen levels requiring hospitalization."

SEE ALSO: $1.15B NIH plan launched to solve COVID 'long-hauler' mystery
Also surprising is that the study found that more than 2/3 of long-haulers are women.

"It is possible that long covid is not a persistent infection of the nervous system, the lungs, the GI tract or the heart by the virus. But a post-infectious autoimmune system....And we know that women are more prone to develop immune disease, including MS, rheumatoid arthritis, than men," said Dr. Koralnik.

Northwestern said many of the participants in the study became sick before widespread testing was available, so about half of the participants had suspected COVID-19 based on their symptoms while the other half had cases confirmed by PCR or serology tests.

This is all so new, adequate the treatment for long-haulers, including cognitive therapy, is still being worked on. This is the first study, to report neurologic findings in non-hospitalized patients