COVID-19 origins: What to know about the search for the start of the virus

Watch the latest episode of ABC News' "Examined" in the media player below.
ABCNews
By Erin Schumaker 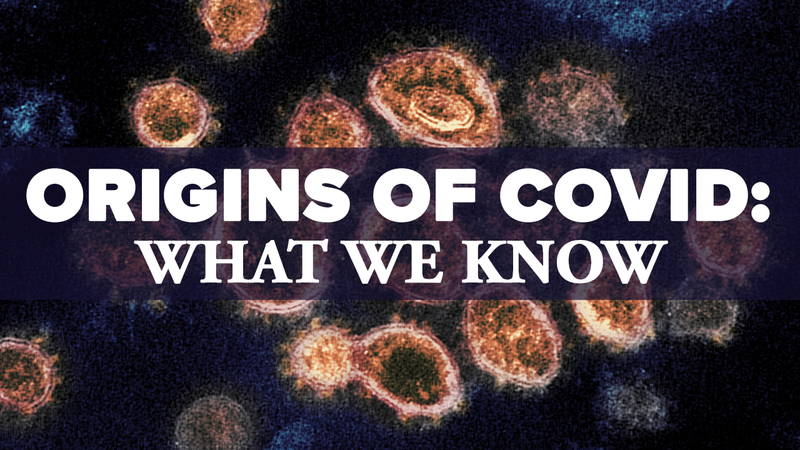 The source of COVID-19: What we know

WUHAN, China -- More than a year after a "mysterious pneumonia" sickened workers at a seafood market in China, scientists are still gathering clues about where SARS-CoV-2 -- the virus that causes COVID-19 -- emerged from.

"It's critical to understand where this virus came from, so that we can understand how to stop future outbreaks going forward," said Anne Rimoin, an infectious disease epidemiologist at UCLA.

The investigation into the virus' origins is crucial for public health and science reasons, but it has also sparked tension among world powers, especially between the United States and China, whose leaders have accused one another of lack of transparency and xenophobia during the pandemic.

"It's not about finger-pointing -- it's just about understanding it, so we know how to do better in the future," Rimoin said.

To that end, on Jan. 14, 2021, the World Health Organization deployed a group of 17 international experts to Wuhan to work with Chinese scientists on an in-depth investigation into the virus' origins.

Scientists have long said that SARS-CoV-2 has zoonotic origins, meaning that it likely jumped from animals to people when humans came in contact with an animal infected with the virus. That contact could include handling the infected animal, eating it or preparing the animal for market, according to Rimoin.

However, experts didn't know exactly how the virus had gotten into people and reaching a definitive conclusion about SARS-CoV-2's origins might take years. They also don't know where or when the virus first made its way into humans and several studies suggest that it may have been present elsewhere in the world -- perhaps circulating at low levels -- before the major outbreak in Wuhan, China.

"You're trying to reconstruct events from a year and a half ago with incomplete sampling and data," Dr. W. Ian Lipkin, director of Columbia University's Center for Infection and Immunity, told ABC News. "We may never know exactly what happened."

If previous infectious disease investigations are any clue, the virus' origins could remain shrouded in mystery. The best comparison is the 2003 SARS outbreak, which was caused by a close cousin of the virus that causes COVID-19 and eventually traced back to a single population of horseshoe crab bats.

But that search took more than five years. "I think they were quite lucky," Vincent Racaniello, a microbiology and immunology professor at Columbia University's College of Physicians and Surgeons, said of the SARS investigation. "We've still not found the source of Ebola virus outbreaks after many years of looking," he added. "It's not easy."

The joint WHO-China report is considered a first step in what will likely be a years-long investigation released its findings last week. But the report itself has been mired in controversy. Following its release, the United States and 13 other countries raised concerns about the report in a joint statement, arguing that the international investigation was "significantly delayed and lacked access to complete, original data and samples."

But many experts say the report, though imperfect, is an important first step.

The investigators explored four major theories of how the virus spilled over into humans, ranking those ranked those theories in order of likelihood, from "very likely" to "extremely unlikely."

The intermediary host theory: This theory proposes that the virus was transmitted from an original animal host to an intermediate host, such as a minks, pangolins, rabbits, raccoon dogs, domesticated cats, civets or ferret badgers, and then directly infected humans through live contact with the second animal.

The frozen food chain theory: The "cold-chain" theory suggests that transmission of SARS-CoV-2 from animals to humans might have happened through contaminated frozen food. A frozen food product contaminated with animal waste that contained SARS-CoV-2 could have transferred the virus to humans without any direct live contact between humans and animals.

Controversial lab leak theory found to be 'extremely unlikely'
As part of the investigation, scientists returned to the Huanan seafood market associated with the first known cluster of cases in Wuhan. They also visited the Hubei Provincial Hospital of Integrated Chinese and Western Medicine, where some of the first COVID-19 cases were treated, and looked at viral sequencing data. That viral sequencing showed that different minor variants of SARS-CoV-2 were spreading in Wuhan in December 2020.

"That again suggests that maybe the virus had been circulating a little bit longer than people had realized," said Dominic Dwyer, an epidemiologist and member of the WHO investigative team.

Viral sequencing also showed that the Huanan market likely wasn't the primary source of the outbreak. While many early cases were connected to the market, a similar number of cases were associated with other markets, or no markets at all, the WHO-China report found.

"The market was certainly an amplifier, but probably not the actual source of the whole outbreak," Dwyer said.

One of the last places the investigators visited was the Wuhan Institute of Virology, the target of a politically charged theory that the virus had accidentally leaked from a lab. The report cited high biosafety levels at labs in Wuhan, no evidence of respiratory illness in workers and no storage or lab activities on coronaviruses or bat viruses.

Prior genomic sequencing showed that the virus had natural origins and the WHO-China team ranked the lab leak theory as "extremely unlikely."

But Dr. Tedros Adhanom Ghebreyesus, the WHO's director-general, said that he didn't think the team's assessment of the theory was extensive enough.

Further data and studies will be needed to reach more robust conclusions, Tedros said at a press conference about the report's findings, noting that he was ready to deploy additional missions with specialist experts to do so.

"Science can't rule things out like that," Peter Daszak, a zoologist and member of the WHO investigative team, said of the lab leak theory. "You can only really show positive findings, you can't prove a negative. But what we did find is that the lab escape was extremely unlikely."

The most likely pathway, the report found, was the first theory, that the virus passed from a bat to an intermediary animal and then to humans. According to Daszak, next steps for investigation could include tracing back the first cases of the virus; investigating market suppliers for unusual spikes in antibodies; and examining locations with concentrations of animals we know are susceptible to SARS-CoV-2.

Rimoin hopes the pandemic has shown that disease surveillance is key to preventing future outbreaks, not just reacting to them. As population growth and climate change push humans further into animal habitats, "we will see more viruses jumping from animals to humans and we're going to see more disease emergence events," Rimoin said.

"An infection anywhere is potentially an infection everywhere," she said.