WLS
By Will Jones, Judy Hsu and Jessica D'Onofrio 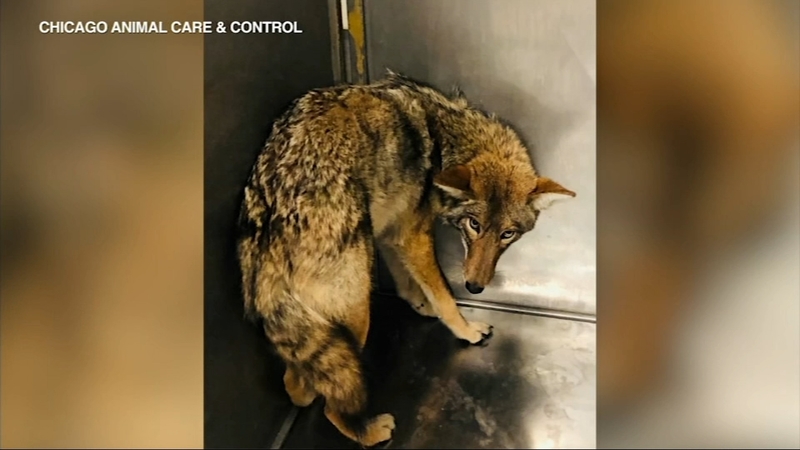 CHICAGO (WLS) -- A coyote captured on Chicago's North Side last week has been confirmed to be the same animal involved in an attack with a 6-year-old boy in Lincoln Park, according to Chicago Animal Care and Control.

The CACC said they were initially alerted of an injured and aggressive coyote on January 6, at which point teams began investigating sighting around the city.

Chicago Animal Care and Control crews tranquilized the injured coyote in the 1700 block of North Dayton at around 10:20 p.m. on Jan. 9, after it was spotted behind a row of homes.

The coyote was then sent to a local rehabilitation center where it underwent an evaluation and DNA testing to determine if it was the same animal that had been reported in a series of incidents in the Lincoln Park and Streeterville areas.

The 6-year-old boy was attacked by the coyote near the lakefront in Lincoln Park on the North Side near the Peggy Notebaert Nature Museum.

Police said the man was walking in the 700-block of North Fairbanks Court at the time.

A full veterinary medical diagnosis, as well as daily observations, lead officials to believe there were no signs suggestive of rabies. However, they said the animal will undergo further testing to ensure it does not have any dangerous diseases or viruses.

"Coyotes are common throughout the Chicagoland area and protected under the Illinois Wildlife Code. Residents should always take caution if they encounter a coyote and notify CACC by calling 311. It remains extremely rare for a coyote to approach or bite a person," CACC said in a statement.

A look at the city's database of coyote complaints shows a steady increase since July 2019, with more calls this January than any other month last year. But a majority were tied to the most recent incidents.

CACC is assisting police with the investigation into the attacks and other coyotes sightings.

Four to five coyotes were also reportedly spotted last week outside of a school near Cleveland Avenue and Division Street, authorities said.