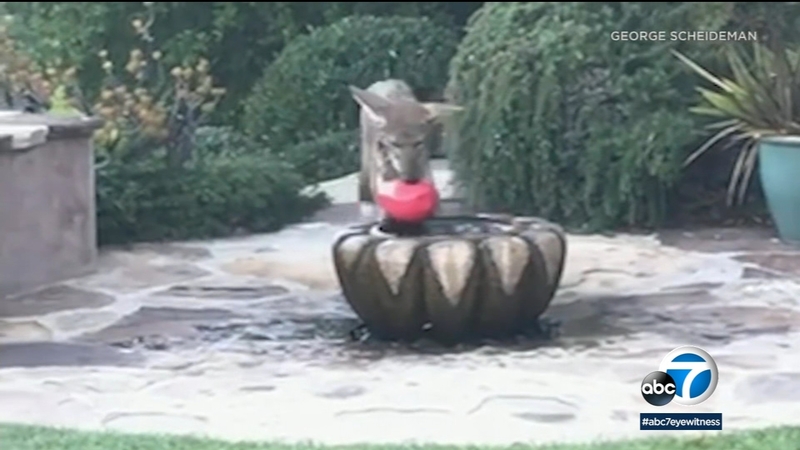 SILVER LAKE, LOS ANGELES -- A coyote that had been seen wandering Los Angeles neighborhoods with a Kong toy stuck on its mouth has been found dead in a neighborhood backyard, residents tell ABC7 sister station, KABC.

The animal was found over the weekend dead in a yard, several residents said.

The coyote had first been spotted in mid-August wandering local neighborhoods.

Video taken by one neighbor shows the coyote with what appears to be a red Kong toy lodged around its bottom jaw trying to drink from a water fountain and struggling to get water into its mouth.

"He had this red object in his mouth," said resident George Scheideman. "I thought he was just carrying it around. I looked more closely. He was trying to get it off, couldn't get it off. Looked very uncomfortable."

Local residents had notified city animal control and private rescue groups to try to help the coyote, but they were unable to locate the animal in time.

Silver Lake residents are trying to help a coyote they've spotted with a plastic toy lodged around its jaw for a week, making it difficult to eat or drink.