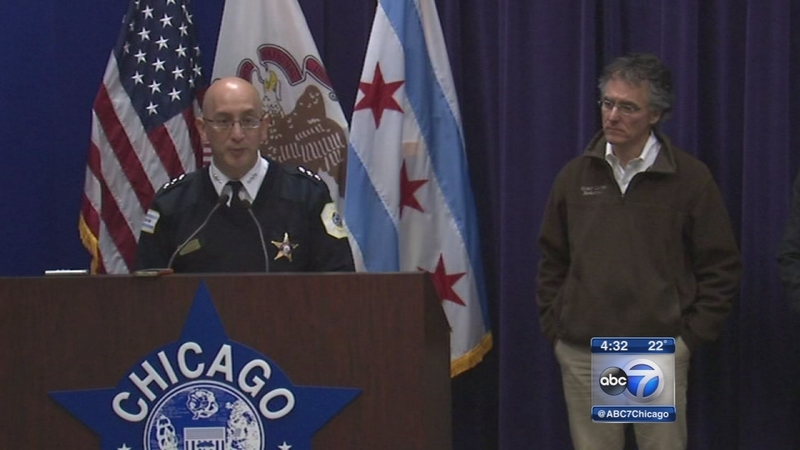 CHICAGO (WLS) -- The Chicago Police Department is teaming up with the Cook County Sheriff's Department to target gang violence on the city's West and South sides.

"I think it's going to increase our visibility so people can see both sheriff's officers and Chicago police officers working together, targeting areas that are plagued by violence," former CPD Interim Supt. John Escalante said.

The agency's executives announced plans to work together with better efficiency targeting and prioritizing areas with violent crime and illegal guns.

"We've been inside the city for years and we've been doing operations, but not as coordinated as this, from the highest level on down," Cook County Sheriff Tom Dart said.

This better coordinated tactic will start with traffic stops and arresting those wanted on warrants on the West Side, specifically neighborhoods around Austin and Garfield Park.

Alderman Ray Lopez represents residents of Chicago's Back of the Yards neighborhood. He asked Dart to send units to help fight gang violence in the area.

"This is an emergency situation. We sent this letter in hopes that Sheriff Dart will get involved and dedicate resources to making our community safe for the families who live here," Lopez said in a letter to the sheriff. "This should be an 'all hands on deck' moment for Back of the Yards."

"We been partnering with the Cook County Sheriff for about the last month and a half. They've been in several districts and wards across the city. So we'll continue to do that," Johnson said.

Pastor Acree said he is deeply troubled by the violence but this latest strategy is the wrong approach.

"There could not be a worse time to add more police to the street," said Rev. Ira Acree, Greater St. John Bible Church. "I've never seen it like this before. As a longtime resident of Chicago, I've never seen police-community relations strained to this degree. It's at an all-time low."

"The police have been doing these same type of tactics and these same type of methods for a while now, and they just haven't worked. They haven't made us safer and they certainly do not build the type of trust that's needed in the community, and also, most importantly, doesn't keep police accountable," said Jasson Perez, BYP 100.

Despite some concerns about the strategy, the West Side will be targeted again Wednesday night. Tuesday night, CPD said they confiscated two guns.