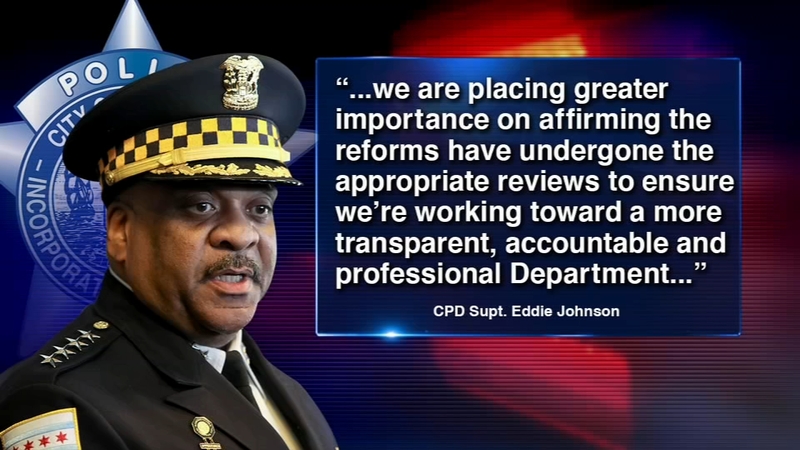 CHICAGO (WLS) -- The Chicago Police Department got a failing grade in the first report released Friday by the independent monitor overseeing the consent decree. The decree went into effect earlier this year and was set in motion by the shooting of Laquan McDonald.

The 142-page-long independent monitor's report found that the city only met 13 of the 50 agreed upon deadlines. One of the biggest areas of criticism was in community engagement.

The monitor's report was blunt in stating "we have concerns about CPD's efforts to engage the community during the first reporting period." The report said police sought community input on policy changes late in the process, a procedure police have now changed.

The monitor also raised concerns about the city's ability to meet the deadlines in the consent decree and track data needed to analyze progress.

In its letter of response, the Attorney General's office was even more critical, saying: "CPD has a long way to go to build trust, particularly in communities that have disproportionately experienced abusive policing."

"What we're concerned about is that there's no plan and no explanation for how the department going to catch up," said Karen Sheley, ACLU of Illinois.

During the first reporting period from March 1 to August 31, the monitor's team put in more than 6,600 hours of work, observed 77 hours of CPD and COPA training and held seven meetings with Superintendent Eddie Johnson.

In a statement, Supt. Johnson said the department is committed to the consent decree but said, "..while we are working diligently to comply with the requirements as quickly as possible, we are placing greater importance on affirming the reforms have undergone the appropriate reviews to ensure we're working toward a more transparent, accountable and professional department of which the entire city can be proud."