CPD: Man fatally shot by police after hitting officer with car on NW Side 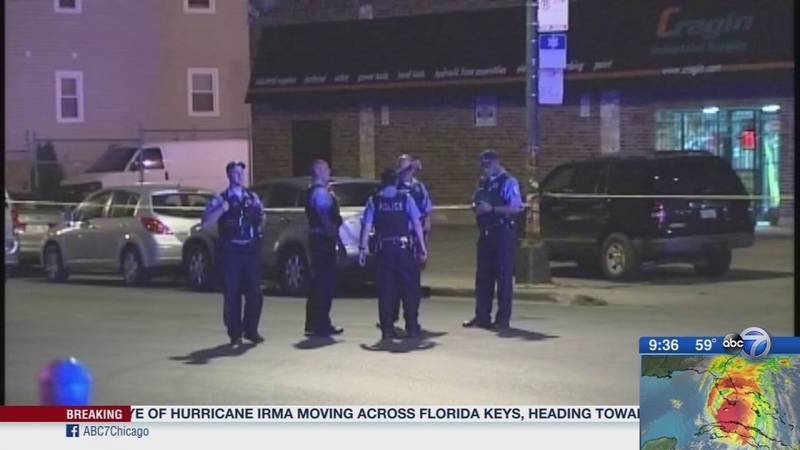 CPD: Man fatally shot by police after hitting officer with car on NW Side

CHICAGO (WLS) -- A Chicago police officer shot and killed a 19-year-old-man after he hit the officer with his car on the Northwest Side Sunday morning, police said.

Just before 1 a.m. in the 2100-block of North Laramie Avenue, officers in the 25th District saw a person driving a car erratically. Police pulled the driver over and one of the officers got out of the squad car when the driver pinned the officer.

"The officer fired, striking the offender, who was driving the vehicle. The offender succumbed to his injuries. The officer was taken to a local hospital for treatment," said Chicago Police Sergeant Al Stinites.

The driver was the only person inside the vehicle. Authorities have not released his identity.

One officer was transported to a hospital in serious but stable condition. The officer will be placed on administrative leave for 30 days.

The victim was identified Juan Flores, who lived on the same block, according to the Cook County Medical Examiner's Office.