More than 10,000 illegal guns have been recovered by police this year, CPD says 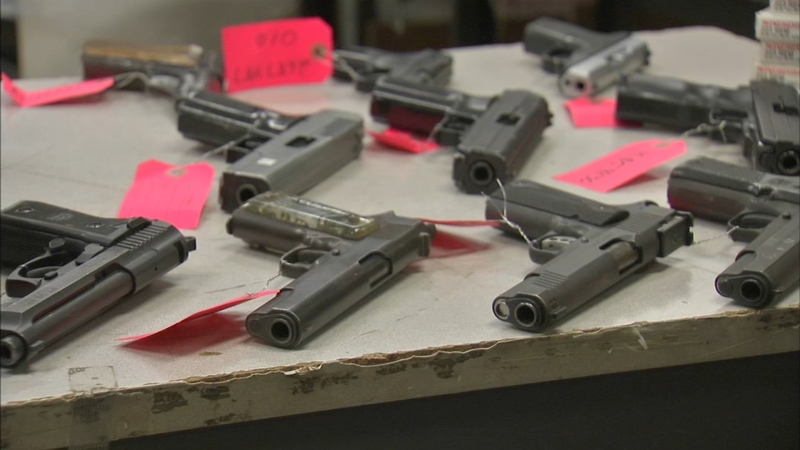 CHICAGO (WLS) -- Chicago police announced over the weekend that more than 10,000 illegal guns have been taken off city streets so far this year.

That's equivalent to roughly one gun taken off the street every 48 minutes.

CPD Supt. Eddie Johnson is expected to discuss the milestone at a press conference Monday morning.

This progress helps build on reductions in murders, shootings and helps strengthen the processing of ballistics evidence, police said. It also helps to curb the sources of guns coming into the city.

Police said more than 4,000 people have been charged with gun-related offenses this year, nearly a 10% increase compared to previous years.

Citywide gun buyback events have also been held throughout the year, with some offering up to $100 to turn in firearms with no questions asked.