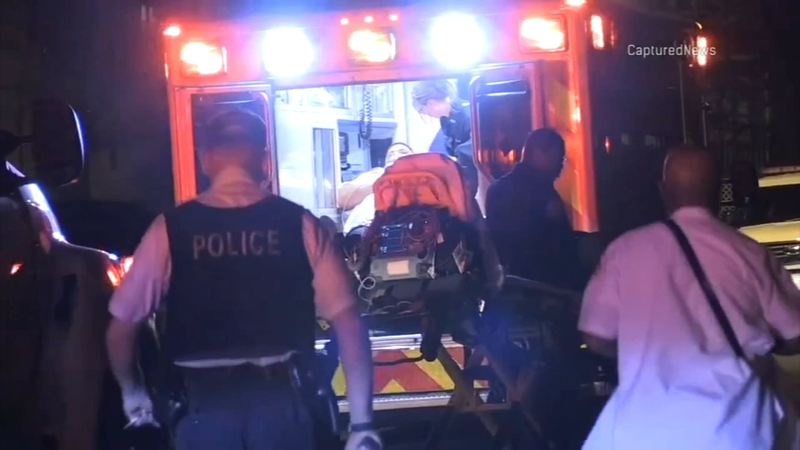 CHICAGO (WLS) -- A Chicago police sergeant and a woman who uses a wheelchair were both critically injured early Wednesday in a house fire in Chicago's South Shore neighborhood.

The sergeant sustained smoke inhalation and internal burns, and expected to survive. The woman remained in critical condition hours after the fire.

At about 3 a.m., two on-duty CPD sergeants forced their way into the burning home in the 7900-block of South Muskegon Avenue after a man flagged them down saying his daughter, who has a disability, was trapped in the house. The daughter was identified as 44-year-old Sharice Morbley, who has multiple sclerosis.

Sharice Morbley, 44, was critically injured in a house fire in the South Chicago neighborhood.

Wednesday afternoon, Morbley was in critical, but stable condition, breathing on a ventilator in the intensive care unit.

Her father, Charles Morbley, recalled to ABC7 hearing her cries for help in the middle of the night, and then running outside to see 4-5 police cars in the area on a separate matter.

The sergeants tried to break down a bedroom door, but it was blocked by furniture. When the fire department arrived, firefighters put on breathing apparatus and brought in heavy equipment to get Sharice Morbley.

After firefighters broke down the bedroom door, they found her laying face down covered in flames. She was transported in critical condition to the University of Chicago Medical Center. Her mother was taken to the hospital and released.

The officers were also taken to University of Chicago Medical Center, where one sergeant remained in critical condition Wednesday afternoon. The other was released.

CPD Supt. Eddie Johnson said the officers were heroes. He did not identify the sergeant who was critically injured, but officials said he is a 51-year-old who is a 27-year CPD veteran.

Authorities believe the cause of the fire was cigarette smoking. There were working smoke detectors in the house.