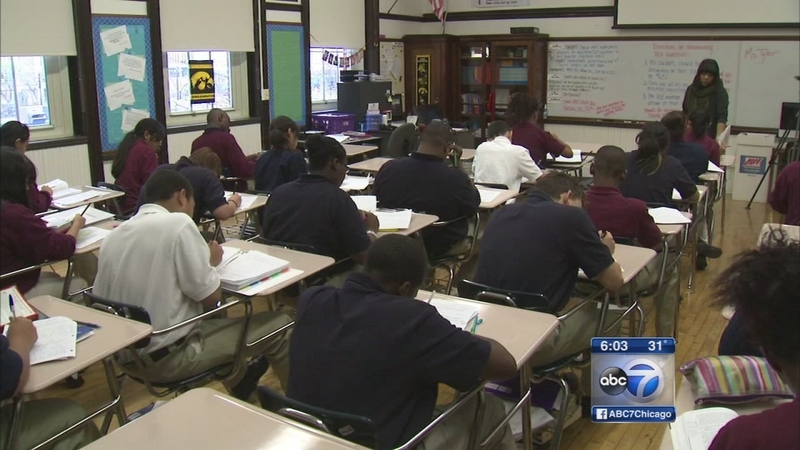 CHICAGO (WLS) -- Authorities in Chicago refuse to rule out the possibility of filing a lawsuit to force the state to help the Chicago Public Schools budget crisis.

At his news conference, Emanuel repeated his talking points when asked about a possible federal civil rights lawsuit to force the State of Illinois to change the way it funds public education.

"I think the political path is the right one for now," Claypool said.

On ABC7's Newsviews, Claypool did not dismiss the possibility of a lawsuit if political efforts fail to change the funding formula.

"We simply want equality. That's all we're asking for. Equality in funding from the state of Illinois," Claypool said.

The governor has proposed a state takeover of CPS and allowing the district to file for bankruptcy. Mayor Emanuel opposes the governor's plan and is joined by an old adversary, Chicago Teachers Union President Karen Lewis.

"We have a common enemy, Bruce Rauner, who is trying to actually bankrupt us and bring legislation to that effect and we'll be fighting that together," Lewis said.

Legal experts say civil rights lawsuits take time, sometimes years, to resolve and would not be any help to cps in the near term.

By the end of the school year, district officials say they will have run out of money if they don't get state aid and a new contract with the teachers union.