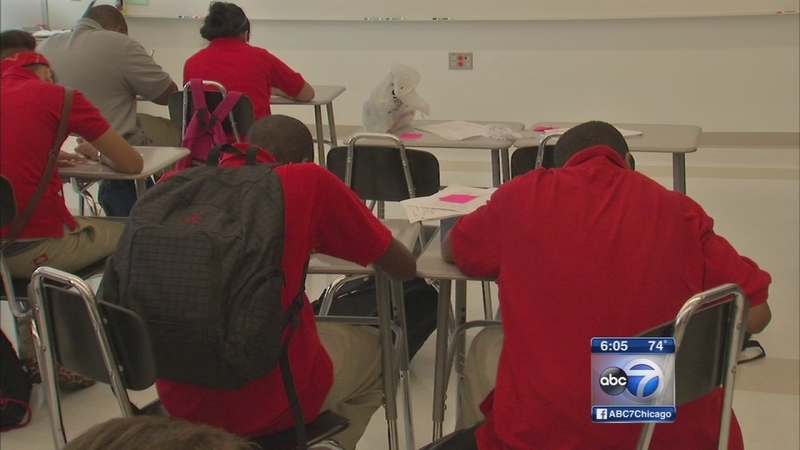 CHICAGO (WLS) -- Chicago Public Schools officials are counting on almost a half billion dollars in state funding it may never get.

The Chicago Teachers Union, still without a contract, called the CPS draft budget "a spin job" that is hoping to get money from a virtually bankrupt state government.

CPS officials say they will balance the district's $1.1 billion dollar deficit with a mix of non-classroom cuts, borrowed money, refinanced debt and half a billion dollars in yet-to-be appropriated cash from Illinois.

"We're counting on this $500 million hole being filled through an agreement and a partnership with Springfield later this year," said CPS CEO Forrest Claypool.

Claypool says that if CPS does not get the state aid by the end of 2015, teachers will be laid off and classroom size will increase sharpy, affecting the quality of instruction in the district.

"How do you budget when you've got a $500 million hole?" retorted CTU president Karen Lewis.

Lewis, whose teachers union members are being asked to pay for their own pensions in exchange for state aid, warned Claypool not to count on the fiscally troubled state that still has not approved its own budget.

"You're going to start school and in November you run out of money," Lewis said. "Now what?"

The governor said the CPS draft budget suggests to him that city officials eventually will agree to his anti-teachers union agenda. Rauner said for decades, CPS has conceded too much to the unions.

"We have to step in and take our schools back," said State Rep. Mary Flowers.

"This is not about politics, this is about our children," said State Rep. Elgie Sims.

When asked about an elected school board, Claypool said the current system in which local school councils are elected is enough.

"There's plenty of local control and democracy in the school system," Claypool said.