On eve of new school year, Lightfoot confident a CTU strike can be avoided 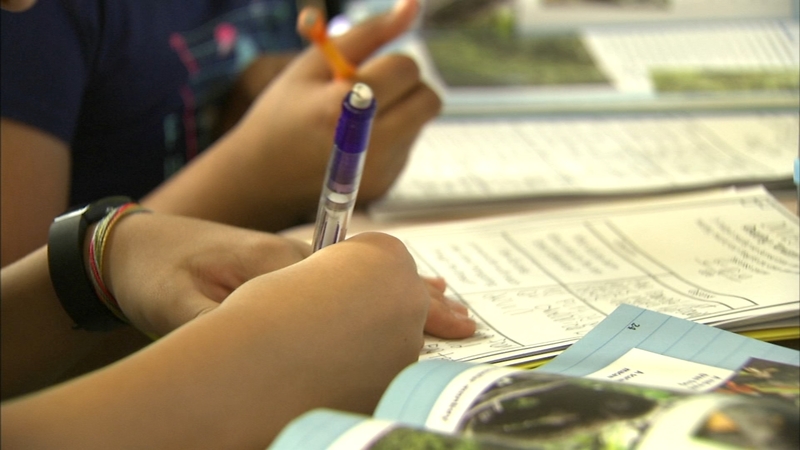 On eve of new school year, Lightfoot confident a teachers strike can be avoided

CHICAGO (WLS) -- Mayor Lori Lightfoot remains confident on Labor Day that labor strife can be avoided with the Chicago Teachers Union. CPS students return Tuesday, but teachers are preparing for a possible strike.

"We negotiated a couple of times last week, including right at the end of the week. Things got a little crunchy," said Jesse Sharkey, president of the Chicago Teachers Union.

Lightfoot, who is not even four months into her term as mayor, would like to avoid a teacher strike, which may give the teachers union a little more leverage in negotiations. But facing an $838 million budget hole, the mayor has to strike the right balance between the taxpayers and a union whose support she wants.

The teachers rejected the city's officer last week of a five year deal that would give them a 16 percent pay hike. They are pushing for more money for nurses, librarians and other support staff.

During a stop at the On Devon Festival on Monday, Lightfoot sampled a drink made from sugarcane but seemed reluctant to sweeten the pot much more for the teachers.

"I really do think we have all the tools that we need and the offer on the table to be able to get the deal done," she said. "Despite the rhetoric in the public, at the bargaining table we are definitely making progress and will continue to do everything we can."
But Sharkey says there's still a lot of ground to cover.

"If they don't change their tune that could lead to the strike, but I don't want to put the cart before the horse," he said.

"There's no reason for there to be a teachers strike," Lightfoot countered.

Meanwhile, CPS parents like Pavel Churin hope the public posturing does not undermine the back and forth of negotiations so that a strike can be avoided.

"I hope they will find a middle ground where everyone will be happy," Churin said.