Dozens of Chicago students and parents protested the plan to change start times at some Chicago Public Schools.

CHICAGO (WLS) -- Dozens of Chicago students and parents are protesting the plan to change start times at some Chicago Public Schools. They say the cost-cutting measure interferes with after-school activities, jobs and family needs.

Facing an operating deficit of more than $1 billion, CPS says the changes were made to the start times at dozens of schools to save millions of dollars and avoid classroom cuts. In many cases, school hours will be pushed back an hour and will end an hour later.

"It's time for us to voice our opinion because we were not asked. How about you ask us when you're affecting our future?" a student at the rally said.

CPS parents and students organized the "Save Our Time" rally on Wednesay hoping to send a message to CPS officials that the later school day could have a negative effect on student's extracurricular activities.

"If we play a Catholic school, the game's at 4 o'clock, what, do our kids miss classes? I don't know. They didn't think this out," parent Loretta Kucharski said.

Parents also came out for the rally expressing frustration that the time change could throw off a family's routine.

"You got parents that might lose their jobs because they count on their kids for babysitters, so they gotta get there to facilitate their mothers and fathers going to work," parent Kelly Hutchison said.

A total of 82 elementary and high schools will have new bell times. CPS says it's an effort to save $13.5 million in transportation costs. Newly-appointed Chicago Public Schools CEO Forrest Claypool says that a way to avoid making cuts in the classroom.

"It's not what we want to do. It's not our choice but the other choice is to lay off teachers and increase class sizes, and we don't believe that is an option," Claypool said.

CPS also plans to cut at least 280 bus stops throughout the city, but said they will work to ensure that no students have to venture in to unsafe areas. 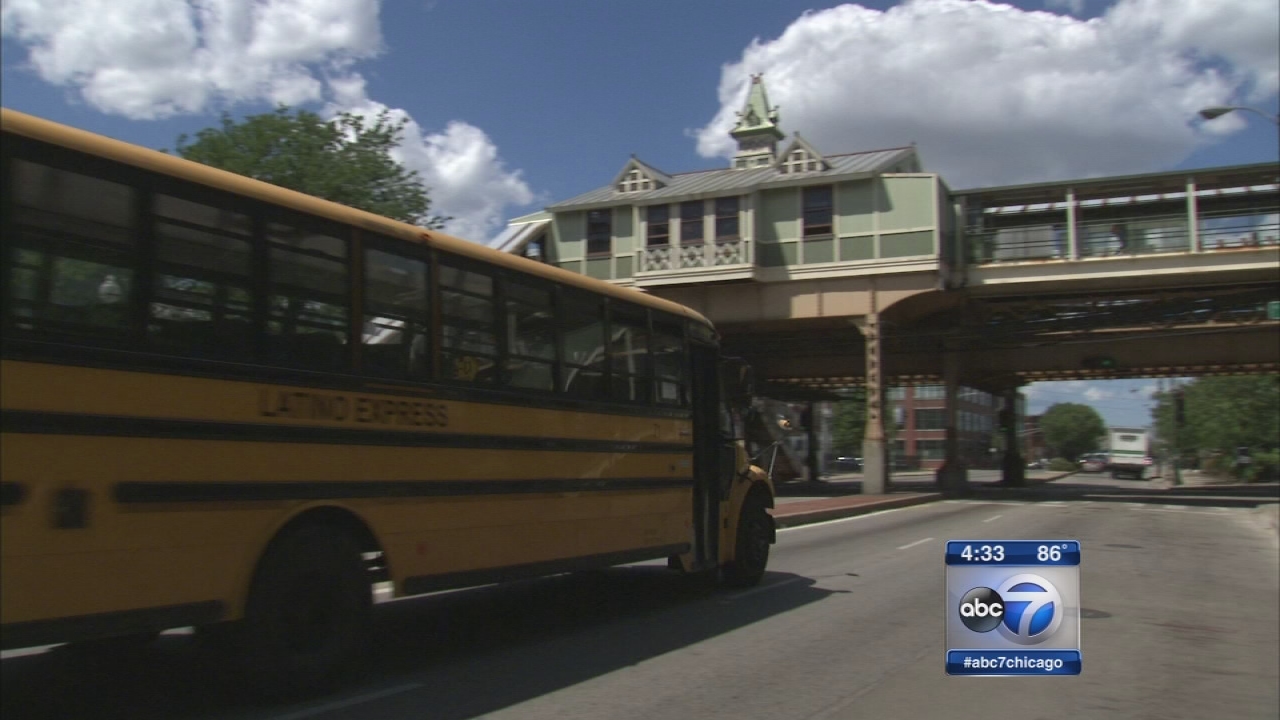