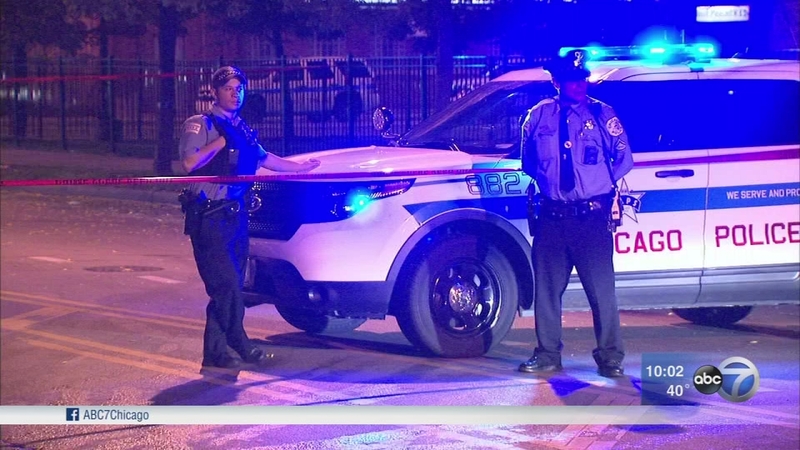 CHICAGO (WLS) -- Chicago police are teaming up with federal officials Friday night and through the weekend to crack down on gun violence.

Police say they've been planning this operation for a couple weeks. They're essentially blanketing so-called "hot zones", various blocks and corners that have been the scene of much of the recent violence.

The weekend-long crackdown is being conducted by a coalition of law enforcement: Chicago Police Department, Cook County Sherriff's Department, Illinois State Police and the FBI.

"As you can see there police officers everywhere, so we want to send a clear message to the people perpetrating this gun violence in our communities that we simply won't tolerate it," said CPD Supt. Eddie Johnson.

The efforts include saturation patrols, stepped up traffic stops and visits to parolees. Police are targeting so-called "hot zones" - blocks and corners of heavy drug activity where gangs have been vying for control.

The operation is being conducted in three police districts; the 6th District on the South Side and the 15th and 10th Districts on the West Side. It comes on the heels of an extremely bloody October; the second-deadliest month in this year of staggering violence.

Since then police have stepped up enforcement, seizing assault weapons earlier this week on the West Side.

"The amount of violence in Chicago this year is totally and completely unacceptable. So the hope for this particular mission is to have no violence in these areas this weekend," Johnson said.